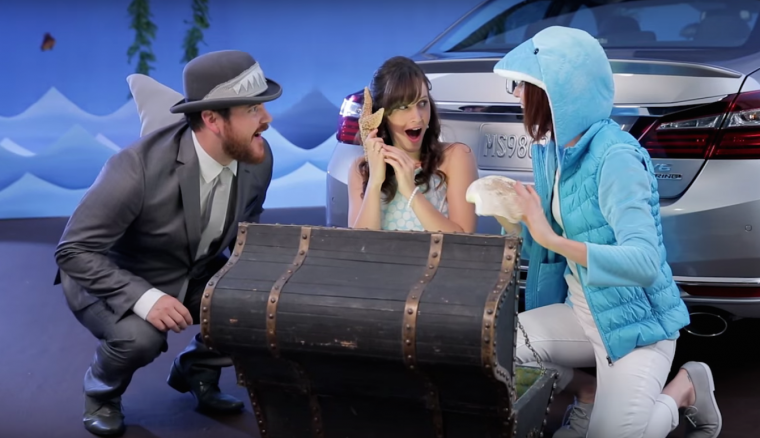 A shark, a dolphin, and Lisa uncover treasure in “Storytime with the Accord” episode two

Back in December, Honda launched a free app for customers called Honda Road Readers, which allowed families to listen to children’s audiobooks in the car together. In keeping with the theme of kids and the power of storytelling, the automaker has put out a couple of cute videos which feature youngsters making up creative stories that center around the 2016 Honda Accord.

The style of the videos—in which actors recreate and lip-sync dialogue from stories being told in voiceover by unseen narrators—is actually nearly identical to the Comedy Central show Drunk History. Except in this case, the narrators slur their speech and make off-the-wall comments not because they are intoxicated, but because they are preschoolers.

Take a look at the first episode:

The first story comes from a four-year-old boy named Ethan, who tells the tale of a pizza-loving Tyrannosaurus Rex dinosaur named… Ethan. Despite the fact that the Accord is not known for its off-roading capabilities, he and his fellow T. Rex friend Vincent decide to drive theirs to the planet of Mars.

Once there, they rescue a grateful princess from a dragon, and we the viewer are left to contemplate the subtle distinction between a carnivorous dinosaur and a fire-breathing dragon.

The second Accord story comes from six-year-old Kingsley:

Kingsley reimagines the Accord as an amphibious vehicle, driven underwater by a blue dolphin, Kari, and a sharply-dressed person, Lisa. During their aquatic voyage, the two come across a beautiful creature, a frightening shark, and treasure. Also, there’s some partying.

The whole thing seems slightly derivative of Wes Anderson’s The Life Aquatic with Steve Zissou, but for a freshman effort, Kingsley did okay. 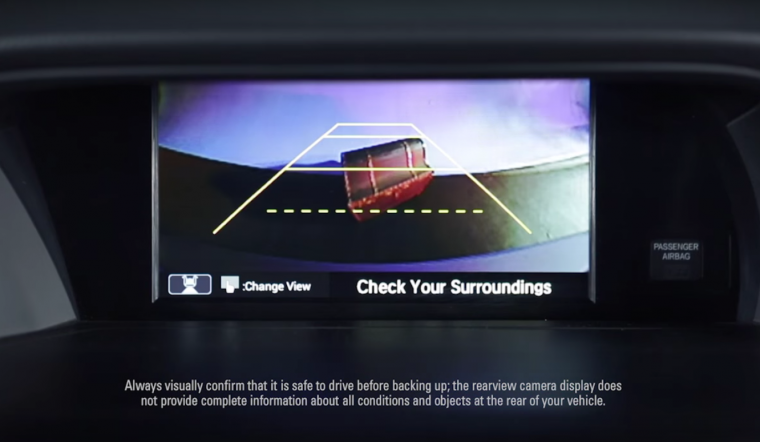 So, what do you think, first-graders? Do these videos persuade you to buy an Accord, or are you still leaning towards the redesigned tenth-generation Civic and its superior fuel economy ratings?