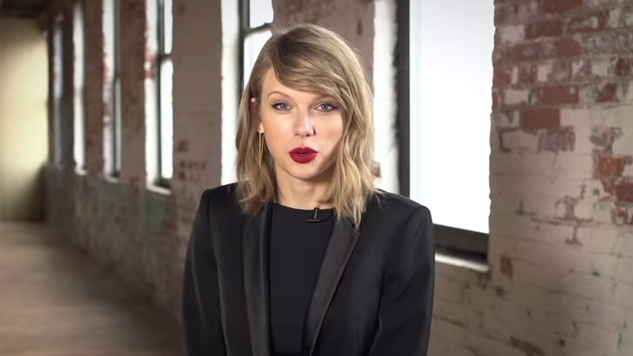 Taylor Swift’s fans rather unanimously agree that she is God’s gift to the world. Everything she does is wonderful, and she should pretty much be the ruler of the world with her own legion of cats. This video from Christmas 2014 is evidence enough:

Following a late-night TSwift concert in late May, three girls from Louisiana were driving home. The driver, Elizabeth Dazzio, was taking home her sister, Caroline, and Caroline’s friend. Elizabeth and Taylor had partied a little too late, it seems, as Elizabeth fell asleep behind the wheel and wrecked the car, much like Tony Kanaan wrecked the Taylor Swift IndyCar at the Belle Isle Grand Prix last weekend. Elizabeth was knocked unconscious, and the other two were trapped inside.

The situation became more urgent when the girls realized that gas was leaking and the car was on fire. Since two out of the three cell phones in the car were dead and the other one got lost in the accident, they had no conceivable way of contacting the outside world. But that’s when they remembered that generous Taylor had given all the concert-goers light-up bracelets that reportedly flash to the beat of Taylor’s music. The girls decided to make the bracelets light up and try to flag down someone, anyone, passing by.

Eventually, and miraculously, it worked. A woman saw the bracelets and pulled over to help. She and a man pulled all three girls from the car and called for help. Elizabeth is reportedly still recovering but is in good condition.

Taylor even caught wind of the crazy story and did what she does best: she tweeted about it.

This is unreal. I’m so happy they’re okay. http://t.co/UnylIwhZv5

You know what they say: “Band-aids don’t fix bullet holes, but Taylor Swift bracelets can save lives.”