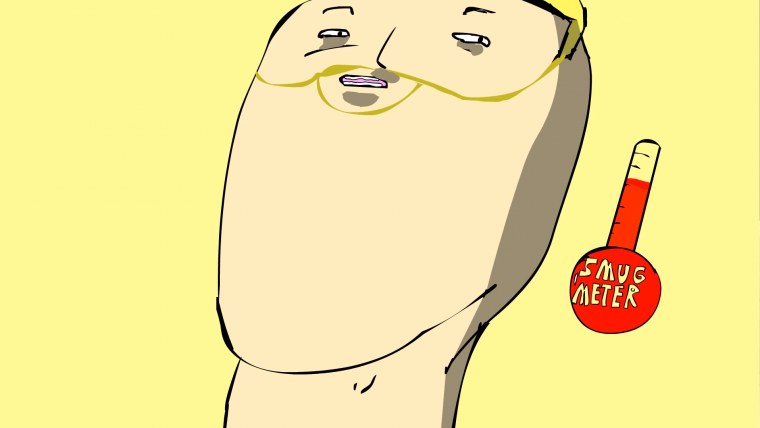 I think this video is funny, but I’m not positive. I’ve grown so sick of Chevrolet’s annoying and dishonest “Real People, Not Actors” ad campaign that I’m probably prone to laugh at any parody I see of it. I’ve watched and written about these obnoxious ads so many times, that I’m easily the target audience for this highly-specific satire.

But I also feel like this juvenile and absurdist Adult Swim-style flash animation that I just found on YouTube, which specifically mocks this real commercial for the Chevy Malibu, is genuinely funny.

Why don’t you just take a look and decide for yourself:

Written and animated by Ryan Raimann, this video decides to move Chevrolet’s Design Clinic from sunny Sonoma, California, to Baghdad, Iraq. It also finally gives us a name for the sandy-haired man who leads of all the focus groups in these commercials: “Douche Douchington.”

So yeah, the jokes are not exactly subtle. And yet, I’ll be damned if I’m not sitting at my desk, giggling like a school boy as I watch this YouTube video for the sixth straight time.

Raimann, my mann, I applaud you. You’ve truly captured the essence of the Chevy “Real People, Not Actors” commercials, from the pointlessness of having “Real People” provide their opinions of cars they fully admit to knowing nothing about, to the truly grating smugness of the sandy-haired man who asks them leading questions, to the underlying fact that nobody in their right mind would drop 36 grand on a damn Chevy Malibu. Bravo.