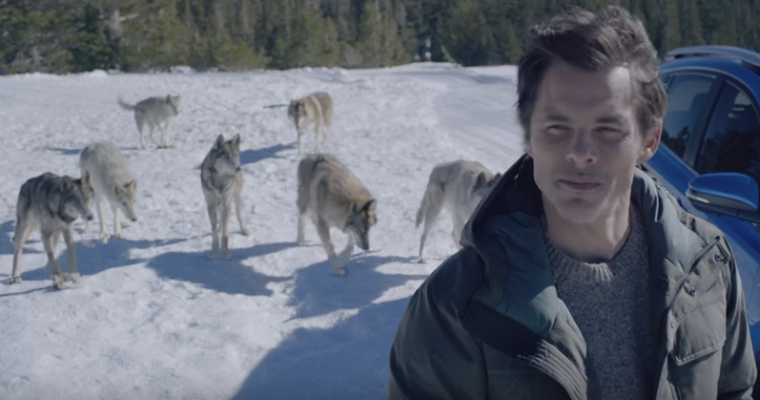 Just when you thought TV commercials couldn’t get any weirder, examples like this crop up. Toyota is currently marketing the crap out of its newest eco-friendly vehicle, the RAV4 Hybrid. First, we saw X-Men actor James Marsden become an honorary lumberjack, and now the automaker has released a second commercial in the series wherein Marsden joins a wolf pack in order to survive.

In the commercial, James Marsden drives his Toyota RAV4 to a snowy, desolate, mountainous area where he hangs out to marvel at the sensational view. Unfortunately for him, a pack of wolves appears on the scene and looks at him menacingly. In order to survive, Marsden joins the wolf pack—running with them, taking them for a ride in his fancy RAV4 Hybrid, and even (weirdly) nursing their young. Eventually, he manages to escape and drives off, leaving the pack to fend for themselves.

This commercial gives you a lot to think about. How can James Marsen run as fast as a pack of wolves (approximately 25 to 35 mph when chasing prey)? How did he manage to get them in his RAV4 without them freaking out? And, most importantly, how was he able to nurse the young without the ability to lactate? Perhaps these questions will be answered in Toyota’s next RAV4 commercial.