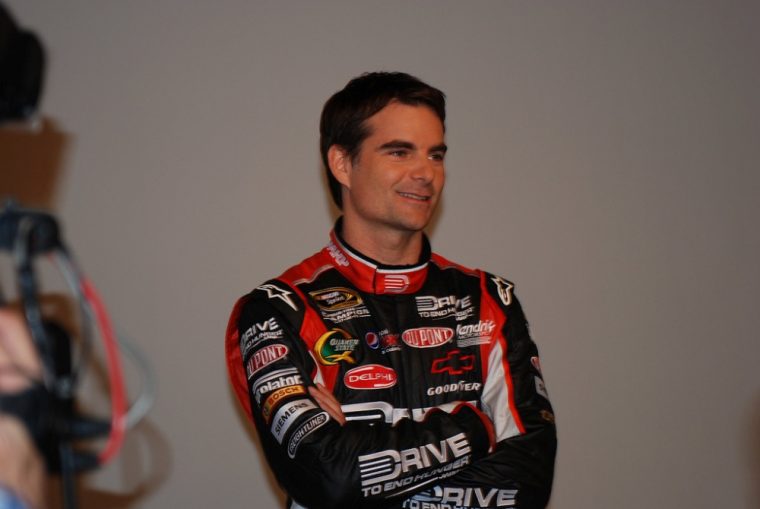 After Team Chevy driver Dale Earnhardt Jr. made the announcement that he would miss the NASCAR Sprint Cup Series event at New Hampshire Motor Speedway, it was declared that Xfinity Series driver Alex Bowman would replace Earnhardt in the No. 88 Chevrolet. However, if Earnhardt needs additional time off, his former teammate at Hendrick Motorsports, Jeff Gordon, will get behind the wheel of Earnhardt’s racecar at Indianapolis Motor Speedway.

Looking For A Coupe? Take a look at the new eye-catching Chevrolet Camaro

Earnhardt Jr. met with a neurological specialist earlier this week who advised the Chevrolet racecar driver to take time off in order to recuperate from concussion-like symptoms. No timetable has been announced regarding Earnhardt Jr.’s possible return, but he’ll have to be cleared by a NASCAR approved neurologist or neurosurgeon before he can return to his racecar.

Jeff Gordon retired from the NASCAR Sprint Cup Series after last season and has been working as broadcaster for Fox during the first half of the season. In his 23-year NASCAR career, Gordon won four championships and a total of 93 races. Five of those victories came at Indy, which is the most of any NASCAR driver. In fact, Gordon won the very first NASCAR race at Indy back in 1994 and also visited victory lane there just two years ago in 2014.

Doug Durchardt, general manager of Hendrick Motorsports, told reporters the decision whether Gordon will or will not drive the No. 88 Chevy at Indy will be made by Wednesday, July 20th.

“As far as Jeff Gordon’s situation, certainly he’s a four-time champion with 93 wins. He’s not a bad person to think about to put in the car,” Durchardt said. “This week he’s in France. And obviously the way the week went, we didn’t even think we were going to need a replacement driver. We just thought we were going to need a backup driver. However, if Dale is not able to go to Indianapolis, we will put Jeff Gordon in the car.”

Road Trips: Check out these useful tips for road tripping to amusement parks