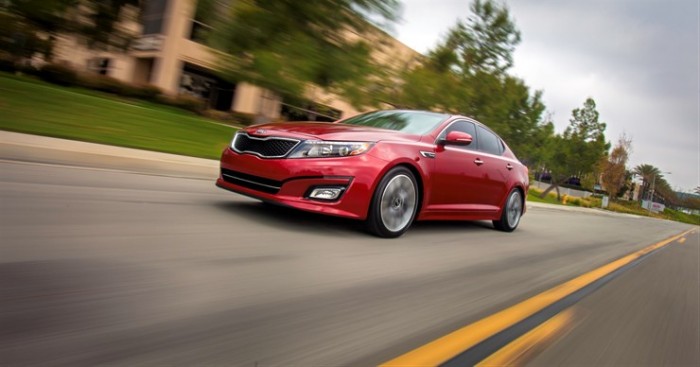 The 2015 Kia Optima, which led Kia October sales figures to a record high

Yesterday the Kia October sales report was announced, providing the Korean automaker with some much-needed good news after the massive fine it received from the US government for overstating the fuel economy of its vehicles. Last month, Kia Motors America had record October sales of 44,694 units; an increase of almost 5,000 units over last year’s October sales totals. That significant bump in sales was driven in large part by the Optima and Soul.

The Kia Optima midsize sedan led all other Kia models, with sales of 11,840 units in October of this year (compared to 11,492 sales in October 2013). The Kia Soul was second, with 10,685 units sold last month, versus 8,240 sold last year. The Sedona, Sportage, and Forte also saw year-over-year sales increases, while the Rio, Cadenza, and Sorento had a worse October this year than in 2013. 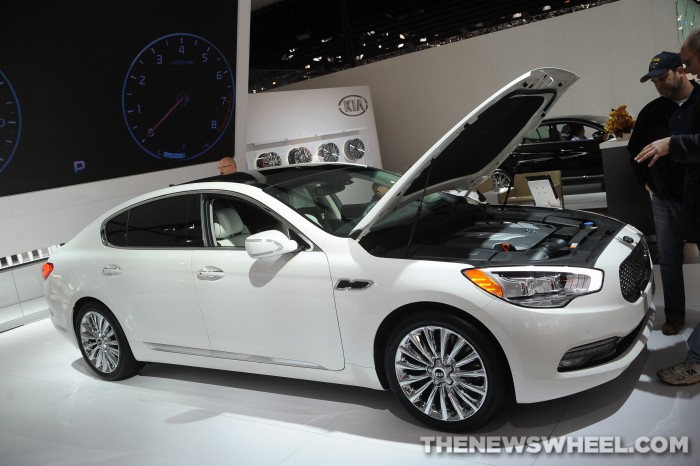 The company’s new flagship, the 2015 Kia K900, sold only 62 units last month, for a total year-to-date sales figure of 1,168 units. It will be interesting, though, to see how significant of a boost that number gets this November, now that King James has just recently decreed the K900 to be the fairest luxury barge in all the land.

“Declining gas prices are bringing a steady supply of customers into the market, and our new products have played a role in the steady growth Kia has experienced this year,” said Michael Sprague, Kia’s executive vice president of sales and marketing. “Kia has one of the youngest and best-looking lineups in the business, including the all-new Sedona multi-purpose vehicle, which is now arriving in dealerships and challenges the segment with its CUV-inspired design, full array of advanced technology and first-class airliner amenities.”