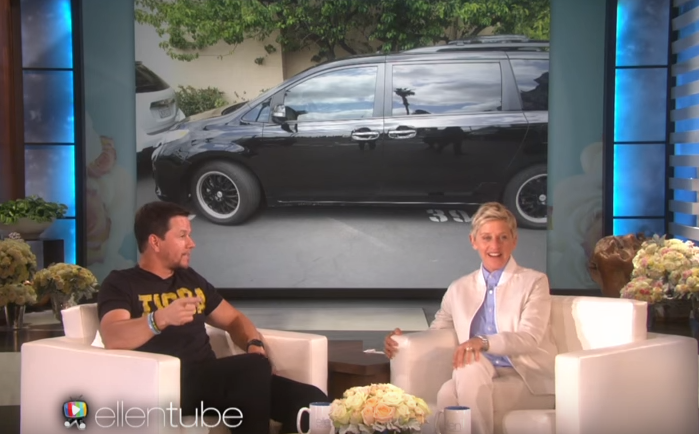 Minivans are by no means the coolest type of vehicles, but goshdarn are they practical. Any parent will recognize the struggle of trying to squeeze a few kids, a couple of gym kits, and a load of groceries into a mid-size crossover, but many refuse to make the switch to a minivan, preferring to fight with the available space in their current vehicles.

But not father of four, Mark Wahlberg. Nope. Marky Mark gives zero hoots about appearances, instead opting to drive a Toyota Sienna minivan.

Now, that’s not to say Wahlberg settled for a run-of-the-mill Sienna. Oh, no. Marky Mark tricked out his swagger wagon with features like black wheels with chrome lips, tinted windows, and even DirecTV to keep the kids happy. Additionally, Wahlberg keeps multiple bags of Lifesaver mints in his van, though it’s not clear whether those are for his kids or for himself. The bags of mints earned Wahlberg’s Sienna the nickname “Mintmobile.”

While Wahlberg might not care what people think when he drives up in his minivan, his wife does, instead opting to drive an SUV.

Watch Mark Wahlberg discuss his thoughts on parenthood and minivans in this interview with Ellen DeGeneres.