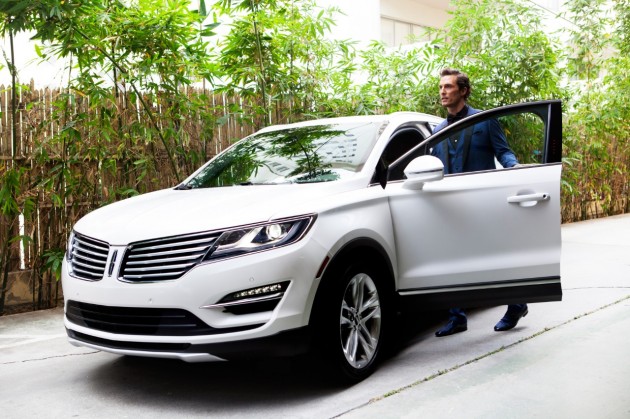 Since it was first announced two weeks ago that Matthew McConaughey would serve as the new face of the 2015 Lincoln MKC, we have been eagerly awaiting the result of the collaboration between Lincoln, McConaughey, and Drive director Nicolas Winding Refn. Yeah, we almost can’t believe we said “eagerly awaiting” and “Lincoln” in the same sentence, but there you have it. Time is a flat circle, yadda yadda yadda. Today, the first run of Matthew McConaughey’s Lincoln ads have dropped, including a behind-the-scenes look at the campaign–entitled “Live in Your Moment”–which you can check out below.

“Live In Your Moment”

“Live in Your Moment” serves more as a primer to the campaign and what inspired McConaughey and Winding Refn to get involved with the MKC. In a nutshell: McConaughey likes to drive because he grew up in Texas and made routine two-day trips from Austin to Hollywood, and he likes the MKC’s “shoulders and hips.” Winding Refn has never driven a car in his life, and McConaughey calls him a “voyeur” who romanticizes the American automobile. 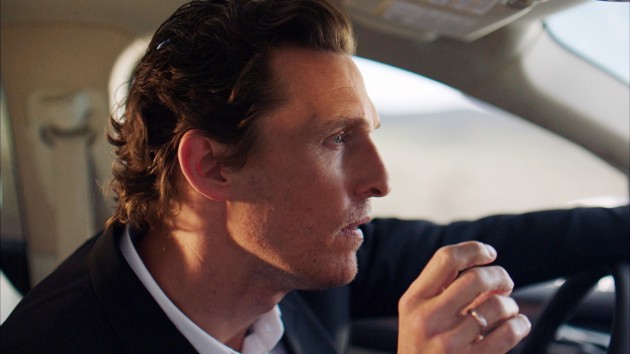 McConaughey talks a lot in “Live in Your Moment” about authenticity, citing it as one of the primary factors that inspired him to work with Lincoln in the first place.

“The campaign’s not screaming for attention. It’s as much about the tone, the mood, the silent moment in between the words, between the dialogue. There’s an authenticity to the campaign and the automobile.”

In addition to “Live in Your Moment,” Lincoln has also dropped the first three ads in the campaign proper: ”Intro,” ”I Just Liked It,” and ”Bull.”

“Intro” provides a vibrant, color-saturated view of Texas’ night skyline that evokes images captured by Winding Refn in Drive. “I Just Liked It” tells you exactly why McConaughey drives a Lincoln to this day (spoilers: he just likes them). 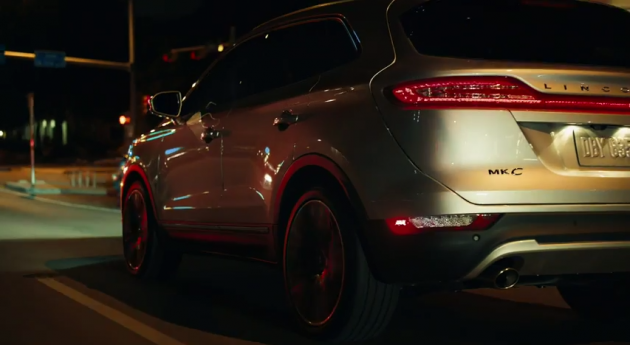 “There’s something inside yoooou. It’s hard to explain.”

The best of the bunch is “Bull,” which has McConaughey practically stepping back into the shoes of the oft-philosophizing Rust Cohle as he stares down a bull that he knows to be called Cyrus because he can speak the language of bulls. All “Bull” is missing in order to be considered a True Detective outtake is a surly-looking Woody Harrelson and about a thousand cigarettes.

What’s perhaps most impressive about “Live in Your Moment,” “Intro,” “I Just Liked It,” and “Bull” is the immediate sense of this campaign being different from the rest of Lincoln’s less-than-impressive efforts. Comparatively, the “Dream Ride” interactive campaign to promote the MKC feels forced and stagnant. Utilizing the steady hands of McConaughey and Winding Refn gives Lincoln a much-needed sense of revitalization and something approaching urgency without veering into pretentiousness. It feels well done and it does more to make one want to try out a Lincoln than any advertisements the company has mustered in maybe a decade.

Expect to see these ads all over television starting Saturday. Who knows: with McConaughey and Refn’s help, it might just become cool to like Lincoln once again.