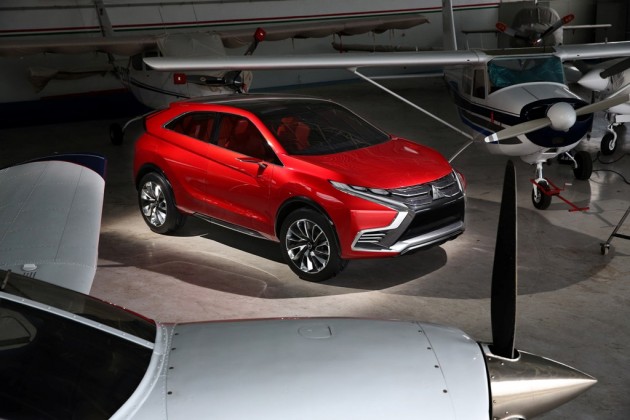 Back in January, Mitsubishi released a couple of teaser images of the SUV concept that it’s planning to reveal at the Geneva International Motorshow, and we thought it looked just like the XR-PHEV. Turns out, it’s an updated version of the concept called the XR-PHEV II that’s one step closer to production.

Mitsubishi released this photo of the XR-PHEV II, which shows a more refined vehicle that’s probably a lot closer to what the production car will end up looking like. For example, the A-pillar is now solid and the jagged lines on the original concept have been softened. The XR-PHEV II even has what look to be mirrors, although slim, which the original concept lacked entirely.

This most recent picture also reveals the interior, which will presumably seat five, and a glass roof that would probably provide an awesome view for the passengers but probably won’t make it to production in this form thanks to safety regulations.

The press release says that this plug-in hybrid electric vehicle’s electric motor will generate about 160 horsepower, but the gasoline engine’s specs are still shrouded in mystery.

Check back here in March to learn more after the concept is revealed in Geneva.