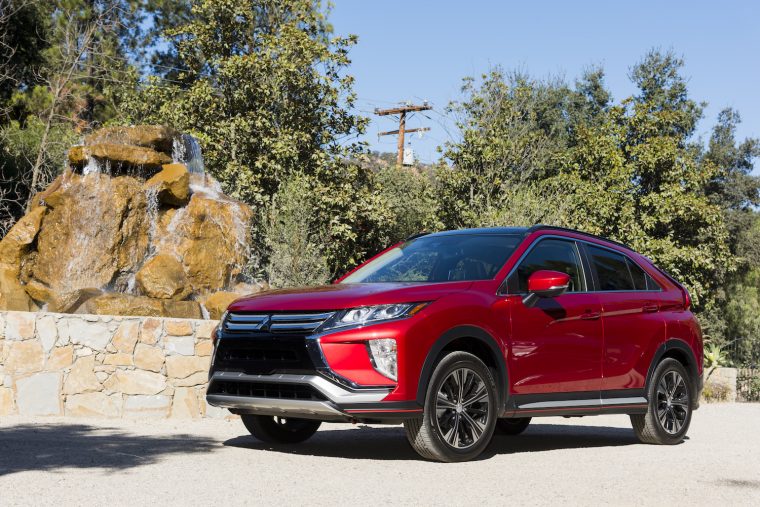 The Mitsubishi Eclipse Cross is catching the attention of its peers. With the 2019 RJC Car of the Year award under its belt, the compact crossover adds more accolades to its young status in the car market.

Picking from a list of Japanese models sold between November 1, 2017 and October 31, 2018, the Automotive Researchers’ & Journalists’ Conference of Japan (RJC) chose the “six best models” on November 1 before deciding the winner on November 13. They marveled most at the 2018 Eclipse Cross.

The RJC selection committee explained in a press release:

“Not only is the Eclipse Cross a stylish fusion of a sharp coupe and a compact SUV, but it has high rough road performance and well balanced dynamics, due to Mitsubishi’s unique Super All-Wheel Control (S-AWC) four wheel drive system. Brisk driving performance is thanks to the combination of the newly developed 1.5L direct-injection turbocharged gasoline engine and CVT with an 8-speed manual override.”

Winning the RJC Car of the Year award marks the first time Mitsubishi Motors Corporation has won the title since 2007 when the i took home the prize.

Discover How: Mitsubishi is There When You Need Them

In addition to its strong reception in Japan, the Eclipse Cross is also sold in the United States and Canada, as well as recently starting sales in China.

What are your thoughts on the early success of the Mitsubishi Eclipse Cross? Let us know in the comments section below.