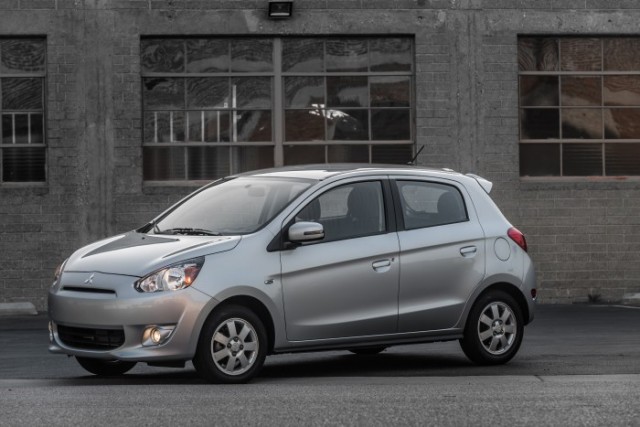 For the second year in a row, the Mitsubishi Mirage has proven it is worthy of its customers’ loyalty. The small car was recently recognized by IHS Automotive for having the highest model loyalty in the Non-Luxury Traditional Sub-Compact segment for the 2015 model year.

Making a Lasting Impression: Check out why the Mirage has such loyal customers

“The Mitsubishi Mirage is one of the true hidden gems in the automotive industry and this IHS award validates that claim,” said Don Swearingen, executive vice president for Mitsubishi Motors North America. “Mirage offers an unmatched package of segment-leading fuel economy, attractive pricing, and an industry leading new vehicle and powertrain warranty. Our faithful owners understand and appreciate the Mitsubishi Mirage.”

To determine owner loyalty, IHS Automotive analyzes the percentage of households that purchases or leases another new vehicle of the same make and/or model. The higher the percentage of households that returns to the brand it previously bought, the higher a model is in the rankings. Mitsubishi’s top-ranking Mirage comes on the tail end of a record-breaking year, during which the brand’s sales increased nearly 30% from the previous year.

Get Excited: See why the 2017 Mitsubishi Mirage is the best yet

While the Mirage is skipping the 2016 model year, its redesigned 2017 model has already made its big debut, showcasing plenty of innovative technologies and a new style that is sure to turn heads once it is on dealership lots. The 2017 Mirage will offer consumers the incorporation of Apple CarPlay and Android Auto, along with improved performance.