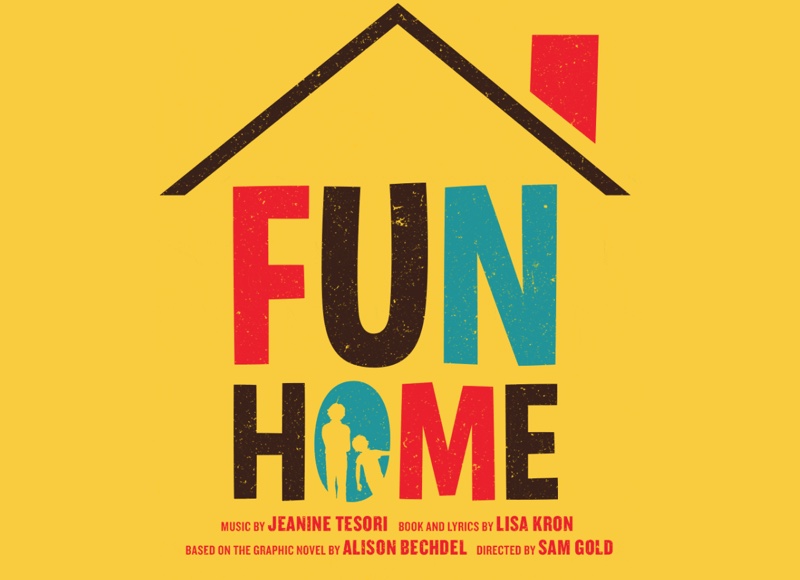 Musicars is making one last pit stop before this road trip comes to an end, and it’s taking a step back from any specific car model to have a general look at that safe space cars create and provide us with. Nothing portrays the importance of car talks better than this wonderful musical that hits all the feels. After a long summer of music and cars, we have reached our final destination. Last but not least, I present to you: Fun Home. 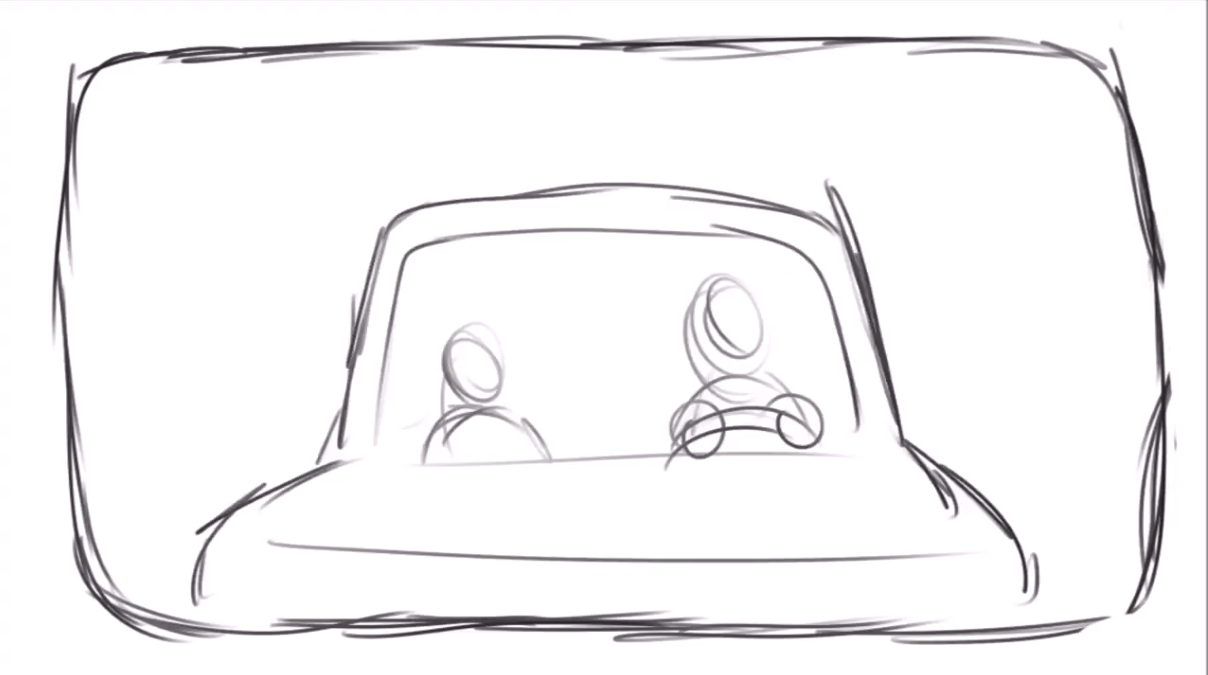 Fun Home, a musical adapted from Alison Bechdel’s 2006 graphic memoir, opened Off-Broadway in September 2013  at the Public Theater and premiered on Broadway in April 2015. As the first Broadway musical with a lesbian protagonist, the story follows Bechdel’s discovery of her sexuality and her relationship with her gay father through non-linear vignettes narrated by an adult Alison character looking back on her life.

A middle-aged Alison recalls memories from two time periods in her life, evoking a 10-year-old Small Alison and a Medium Alison in her first of college to relive her past. Her father, Bruce, is demanding and aggressive with his demands, and it is later revealed that he is a closeted homosexual who has extra-marital affairs with underage males. This results in Bruce’s arrest, visit to a psychiatrist, and tension with his wife, Helen.

Though all this is happening around Small Alison, it is not until Medium Alison goes away to college, discovers her sexuality, comes out of the closet, and demands an answer from her parents that she discovers this revelation about Bruce. His ambivalent response to Medium Alison’s coming-out letter angers her, but she soon returns home for vacation with her girlfriend, Joan. They all have a pleasant evening around the piano, and Alison and Bruce go on a pivotal drive that turns out to be the last moment they spend together.

Not long after, Bruce is killed by a truck in a likely act of suicide. As Alison reconciles her past with her identity and her father, she closes the musical with one last caption and happy memory: “Every so often there was a rare moment of perfect balance when I soared above him.” 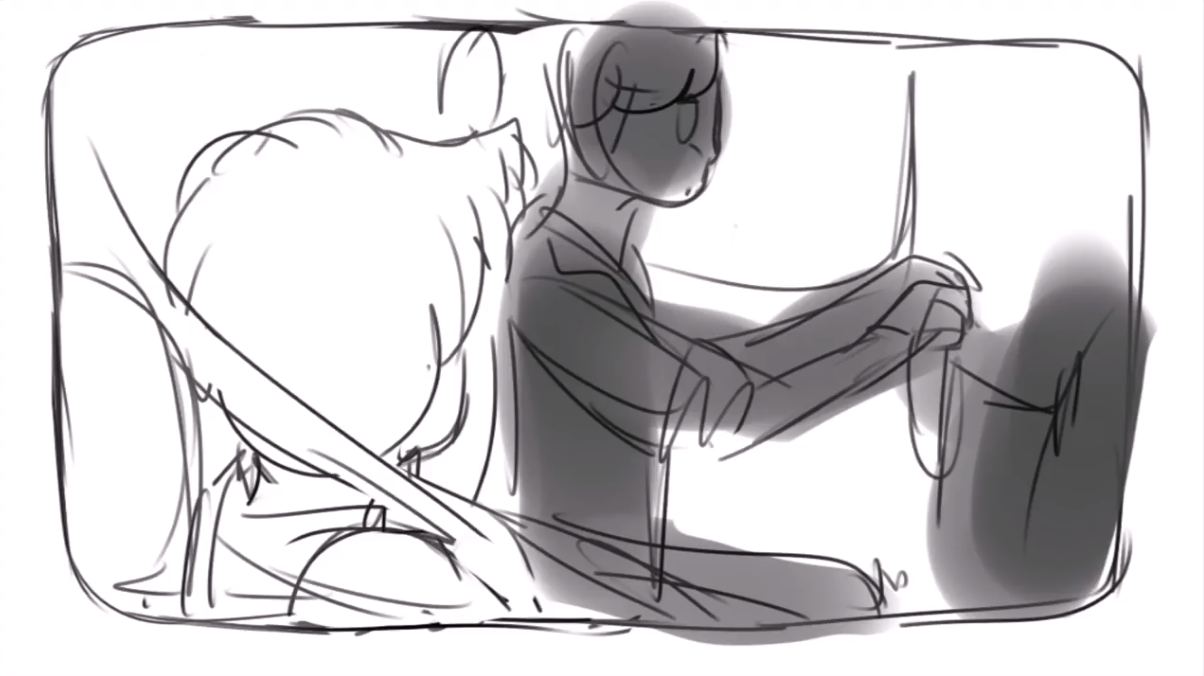 There are certain conversations we all try to avoid having, and yet there are also conversations we are dying to have. So, during a car ride with Alison and Bruce, they both struggle to express themselves to each other, as the need to hear and be heard comes to a head. “Telephone Wire” takes place when Medium Alison is back home with Joan. When Bruce asks her to go on a drive, however, it is adult Alison that joins him instead of Medium Alison, breaking the boundaries of time as she knows the inevitable fate that will come when they step out of the car and part ways for the last time.

At the beginning of the song, Alison is focusing on her surroundings in an attempt to avoid the conversation she craves with her father. She sees a telephone wire, bending trees, and a creek that is partly frozen, partly flowing, which she points out in an attempt to distract herself from engaging in conversation. A sense of desperation comes through as Alison sings, “Say something / Talk to him / Say something / Anything,” because she just wants to connect with Bruce in what she knows is their final car ride together. She urges the Alison of the past to talk to him, but she keeps stalling the conversation, relying on external cues to build up her confidence and prompt when she’ll begin speaking, such as “at the light.” (For all those nervous speakers out there, I’m sure they have played this game in their head before as well…I know I have.)

Even with their sexuality in common, neither of them are ready to express that and talk about it, avoiding words such as gay. Though they keep trying to relate to each other underneath the surface, their connections keep missing, as Bruce suggests going to a gay bar when Alison is still underage. The need for conversation grows more urgent as she says “I go back to school tomorrow!” and the importance of this car ride drives that urgency as she keeps trying to talk to Bruce to make the “fear in his eyes go away.”

However, Bruce is not really present during the car ride. He’s lost in old memories, remembering this boy from college named Norris Jones, which prevents him from connecting with Alison in the present. When he reflects and says that he “always knew,” Alison jumps in and says “Dad, me too!…But I was like you, Dad. Me too,” thinking this moment is it. But, he doesn’t respond, stuck on Norris Jones, revealing the futility of this lost conversation. After this brief moment of vulnerability and authenticity that had the potential of breaking the surface failed, Bruce changes the subject to talk about his latest project, revealing his inability to accept himself and the fear of talking about his sexuality with his daughter, the one person who is reaching out and trying to show she understands.

Alison’s desperation builds, singing at the end, “Say something / Talk to me / Say something / Anything,” reflecting her growing desire for Bruce to just simply talk to her as he drives away their last chance. The phrase “telephone wire” has evolved from a description of what she sees during the drive to a deeper meaning of trying to communicate and failing to get through. When they arrive back home, Bruce seems content, though Alison knows the truth, singing, “That was our last night” to end the song with the reality of the present.

The fact that the adult Alison takes the place of Medium Alison in this song reinforces the finality of the moment. She cannot stop time, just as she cannot stop the movement of the car that is driving Bruce to his ultimate death, even with the hindsight that Medium Alison could not possibly have had. As the adult Alison writes her memoir, she reenters this car ride in an attempt to piece together her memories. She believes her father must’ve accepted her and refuses to believe they never connected, revealed by the lines, “This is where it has to happen / There must be some other chances / There’s a moment I’m forgetting / Where you tell me you see me.” Their inability to have a deep talk and truly connect, and Bruce’s subsequent suicide, haunts Alison as she is cognizant of this irreversible moment in the car.

Car rides can either be great for honest, uninterrupted conversations or terribly awkward and uncomfortable if nothing sparks, and unfortunately for Alison and Bruce, this final car ride together sets the stage for a devastating moment of defeat as Bruce gets out of the car and walks away forever.

Cars are important spaces for conversations and bonding, just as they are significant symbols for historical, cultural, and personal pride. Whether they are objects for fanciful imagination, a fashion statement, or means of escape, cars can represent much more than a simple method of transportation. As Musicars approaches its final stop, we finally see all the ways cars have influenced musicals and characters, so now try and decipher what they mean for you. If you so fancy, you can even lay your thoughts out in song form and create the next hit Broadway musical (and so, Musicars would continue).

Until then, thank you for joining me on this road trip through musical land. I hope this journey has been enjoyable, teaching you something new about cars and sparking a reflection on the importance they bring to our lives and the lives of fictional characters, all while listening to beautiful music along the way.

The Perfect Car for a Road Trip: Find which Mazda SUV is right for you