A classic romantic comedy with songs everyone recognizes, Grease is a staple of American musicals. While the bad boy and good girl romance trope plays out, the greaser subculture at the heart of the story is centered on working class and lower class teenagers with a special interest in hotrod culture. As a result, the driving plot behind this musical is a street racing event where rivalries flare and hearts are won. So let’s do a drive-through of the cars that make up the stylish backbone of Grease.

New or Used?: The right option for you

The famous car in Grease is a 1949 Ford De Luxe Convertible affectionately named White Lightning. With its new antenna, chrome hubcaps, white paint job, and silver lightning bolt outlined in red, you could never tell that it was once, as Zuko put it, “a hunk of junk.” When Kenickie first buys this convertible, the Ford De Luxe is anything but deluxe, though he is one of the only T-Birds to have a car, giving him power to throw the rest of the squad out on a lucky night, so mad respect there. With a cracked windshield, mismatched tires, and peeling paint, it’s a wonder Rizzo jumped into the car with him. After Leo, the rival Scorpion, uses his hot car to crash into Kenickie as he’s trying to enjoy his special night with Rizzo, they have to fix it up and modify it for the street race as the T-Birds fantasize over what their beat-up car could become.

And with that, the dream car is born. In the song “Greased Lightning”, the T-Birds dance in their shining silver suits (black for John Travolta because he’s special) all over the car, bragging about all the women they can get with this version of the Ford De Luxe that has a fresh red paint job with stunning white lightning bolts. Here are some features that this hot rod comes with:

When the song ends, the red fantasy car turns back into the damaged white convertible as the gang figures out how to make their dream come true. Of course, in the end, the guy gets the girl and they live happily ever after. As they get into the Red Greased Lightning hot rod that Zuko wins at the carnival, they fly into the air…because that’s realistic and romantic. 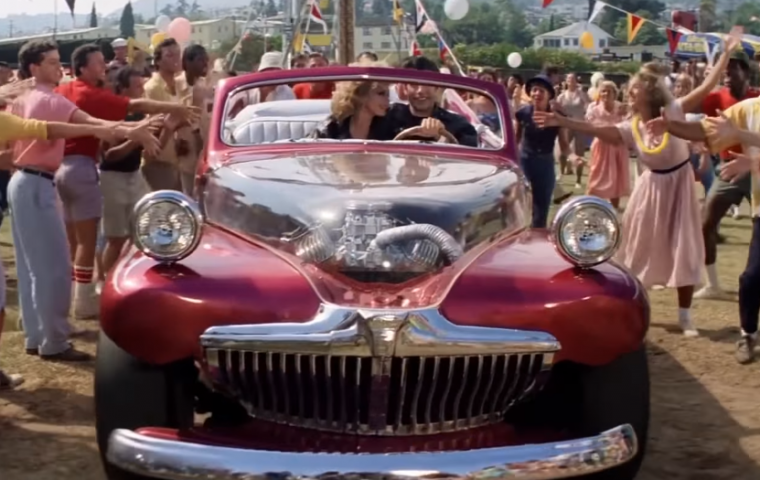 Ford De Luxe in We Go Together
: Z1DO4U 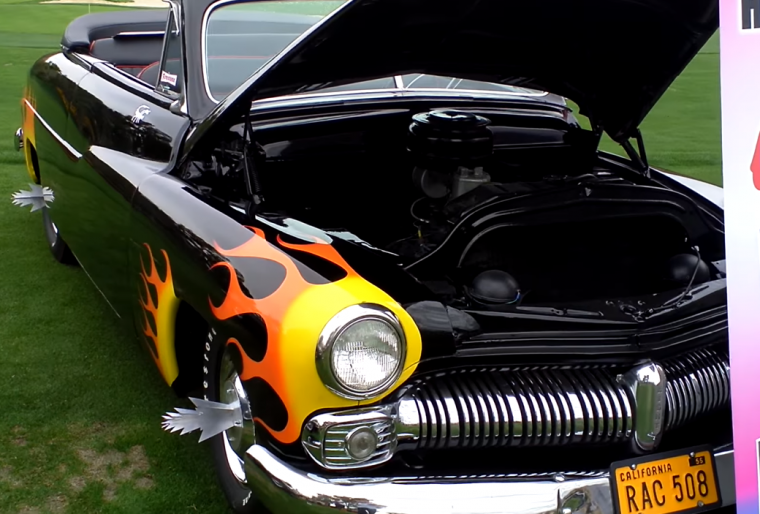 The climax of the musical is the race at Thunder Road between the two greaser gangs: the T-Birds versus the Scorpions. With the winner receiving the loser’s car as a prize, everything is at stake here. Danny Zuko takes over for Kenickie, being the good friend he is after his best friend gets hit in the head minutes before the race, just as Sandy sits by herself to watch the action from a distance and makes up her mind to win Danny back. The Scorpions race their hot rod known as Hell’s Chariot, because what else would you call a jet black 1949 Mercury Custom with striking flames on it? There’s even flamethrowers that come out of the tailpipes every time he takes off, leaving some heated feelings behind in the dust. As they take on Thunder Road, Leo uses bladed hub caps to try and win because that’s a classic villain move, but Zuko is so impressive that he is able to beat a 1949 Mercury Custom with a 1949 Ford De Luxe. All for that plot line, right? 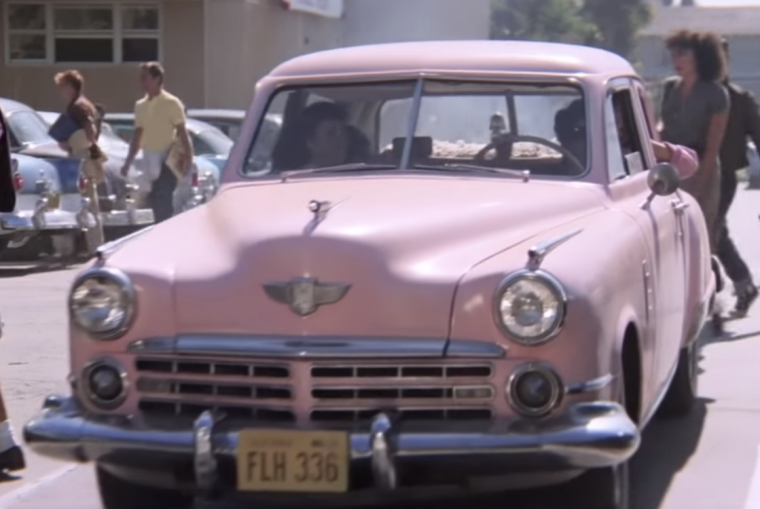 The Pink Ladies roll up to school, starting senior year out right in their 1948 Ford Studebaker Commander Regal. They wouldn’t be called the Pink Ladies if their car wasn’t pink, now would they? Making two appearances in the beginning establishing just how much they like pink, their vintage Ford Studebaker Commander Regal disappears from the movie once they run off after the greaser boys. 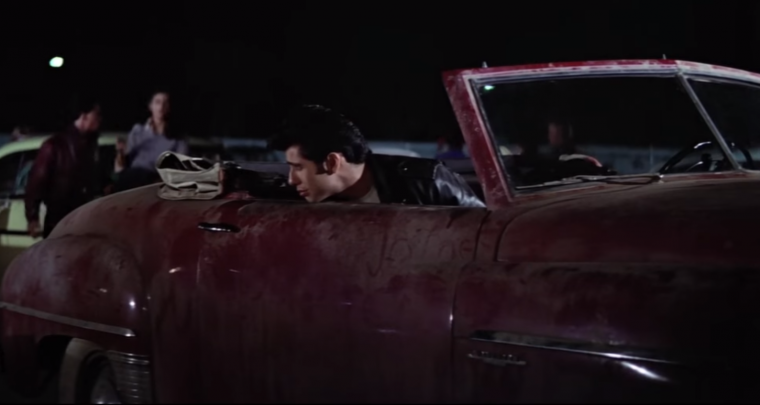 While Kenickie has that killer 1949 Ford De Luxe under his belt, Danny Zuko has to settle with a 1949 Dodge Wayfarer to try and win Sandy over with. The two of them sit in a drive-in movie where tensions fly high and Sandy is unperturbed by Danny’s sorry attempts for forgiveness.That is, until Danny gives her his ring to wear, which she happily accepts as a token of how truly sorry he is. Then, everything is good, until Danny ruins it again by trying to make out with her, which causes Sandy to storm out of the Dodge Wayfarer, or as she likes to call it, his “sin wagon,” cueing another musical number.

Grease is a musical that has plenty of romance and dancing and boys trying to play it cool, but the one part of this 1978 movie that is timeless and actually cool is the vintage cars that are a central part to the characters’ pride and personality, as well as the plot. Without Hell’s Chariot and Greased Lightning, this movie would just be another musical romantic comedy film. But because of them, this musical is now iconic.

Join us next time as we continue this road trip through the land of musicals.