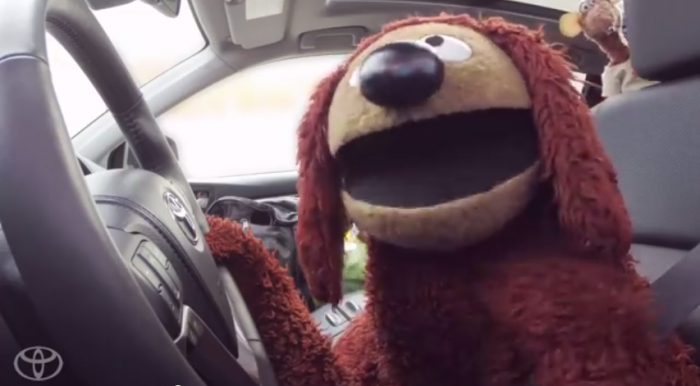 There is no telling what will happen when it comes to The Muppets, and that becomes even more apparent when someone gets the bright idea to put them behind the wheel of a moving vehicle. In the follow-up ad to the popular Super Bowl commercial that starred everyone’s favorite fuzzy troupe and actor Terry Crews, Rowlf and Rizzo stop off at a drive through for some ice cream. Things get interesting for Rowlf and Rizzo as the two are faced with money difficulties, a sudden crush, and even a little crime.

Now, we’re not totally convinced that Muppets driving is ever a good idea, but it seems like Rowlf and Rizzo are able to get around without causing any collateral damage. In the two minute clip, Rowlf pulls into a drive-thru at Rizzo’s behest and catches their server, Emily, slightly off guard. After ordering a large cone (not the kind that dogs wear around their neck, of course) and a worms & dirt milkshake (better than it sounds if you’ve never had one), Emily disappears and Orchid comes to the window.

Both Rowlf and Rizzo seem…well…somewhat taken with Orchid, with Rizzo even going so far as to ask if she dates dogs. We won’t even go there.

Take a look at the ad for yourself and let us know if you think!