Hope you like shadowy teaser images, folks. We have another one in store for you, this time foreshadowing (ha!) a new Nissan concept SUV  that it intends to display at the São Paulo Motor Show 2014 on October 28. 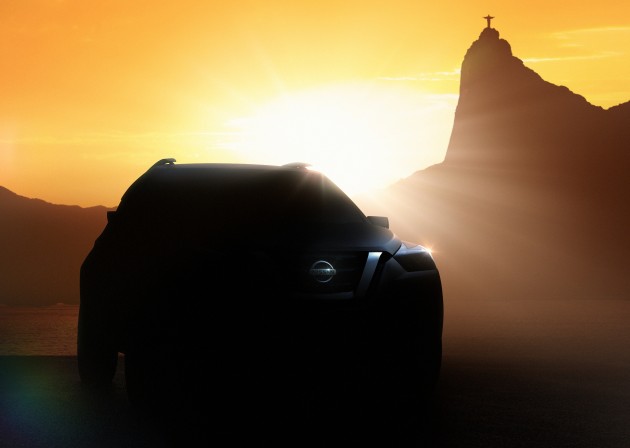 The silhouette of the new Nissan concept SUV

Those of you with longer memories might recall that Nissan showed off another concept utility in São Paulo back in 2012. That little doozy was known as the EXTREM, and it represented the earliest fruit born from the seeds of what would eventually lead to the Nissan Design America Rio studio. NDA-R chief Robert Bauer—as well as a number of young designers from Brazil—was involved in the conceptualization of the EXTREM. 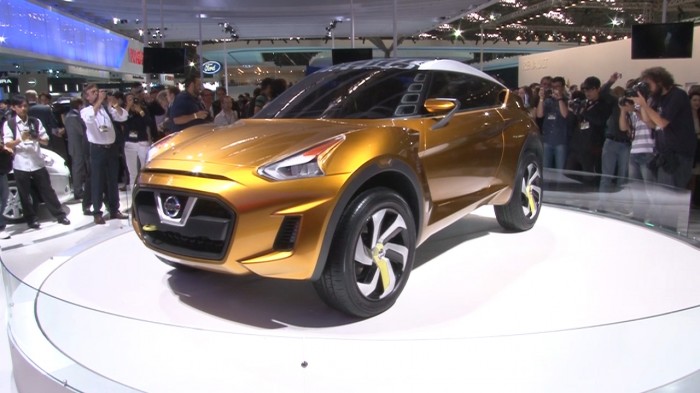 So does this shadowy teaser for a Nissan concept SUV portend the EXTREM II? Well, perhaps in name, but the vehicle on display here appears to be far more straightforward than what Nissan unveiled a little more than two years ago.

What we can tell: it will follow Nissan’s V-shaped grille/boomerang headlights/floating roof style signature and appears to be roughly the same shape as the JUKE. There’s no guarantee that this concept will represent anything that will be seen anywhere outside of Brazil or any of the other BRIC (Brazil, Russia, India, China) markets, that the concept will represent anything scheduled for production, or that the eventual production version would look anything at all like the concept. In short: it’s basically about what you’d expect from a concept that an automaker whips out for an international auto show.

We’ll likely have to wait until Nissan’s presser at 10:30 am EST on the 28th to find out just what this thing is, so let the speculation begin! Our guess: super-huge next-gen GT-R with hybrid fuel cell range extender.