Nissan Needs To Bring Its Camping Vans to America 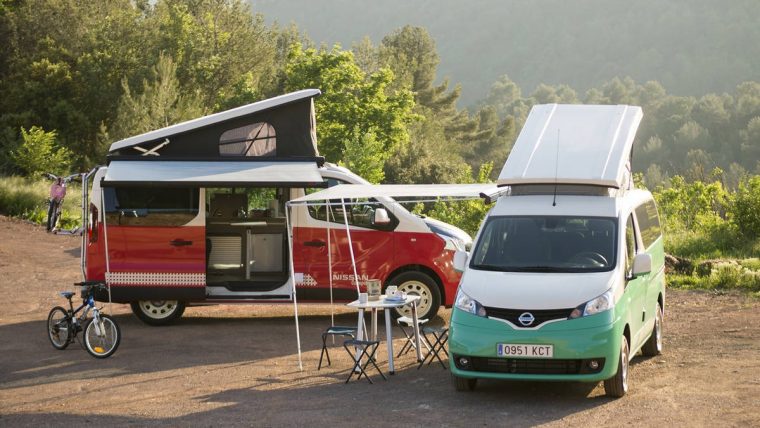 Nissan is part of the global Renault-Nissan-Mitsubishi Alliance, which basically means that we American customers are used to not getting all of the vehicles that Nissan builds. For instance, the Nissan Kicks went to South America before it made its debut in the States, and the tiny Nissan Micra is racing around tracks in Canada with no signs of moving south. I totally understand and accept it. However, Nissan Europe just announced a new vehicle moving from concept to production, and if it doesn’t come here I’m going to throw a fit worthy of Veruca Salt from Willy Wonka and the Chocolate Factory.

Nissan unveiled the pair of vans at the Madrid Motor Show in Spain last week. Both campers have upgrades to make them the perfect ride for an escape to the sea, countryside, or other attractions with a campground. It can be configured with a fully operational kitchen and seating for four around a dining table. The vans look small on the exterior, but when properly outfitted it can fit two double beds, one on the standard cabin level and one in the raised ceiling.

“The new Nissan Camper range will allow the most adventurous to have a balcony with views of the most incredible places in the world and enjoy the essence of traveling with family or friends,” said Francesc Corberó, communication director of Nissan Iberia.

While these two vehicles might sound like the concept cars Nissan brings to car shows with no intent of sending to production, Spanish Nissan customers can visit dealerships now to personalize their own camper vans.

To say I am jealous is the understatement of the century. When I was a kid, my family had one of the Coleman pop-up campers, and I always loved how you could basically bring your hotel with you wherever you go. Considering that the e-NV200 Camper option has zero emissions with its electric powertrain, it’s the perfect ride to take into nature while protecting it at the same time. Hopefully Nissan considers bringing the camper vans to the US soon.