Number One with a Bullitt: 2019 Ford Mustang Bullitt Pays Proper Homage to the Steve McQueen Classic with 475 Horsepower 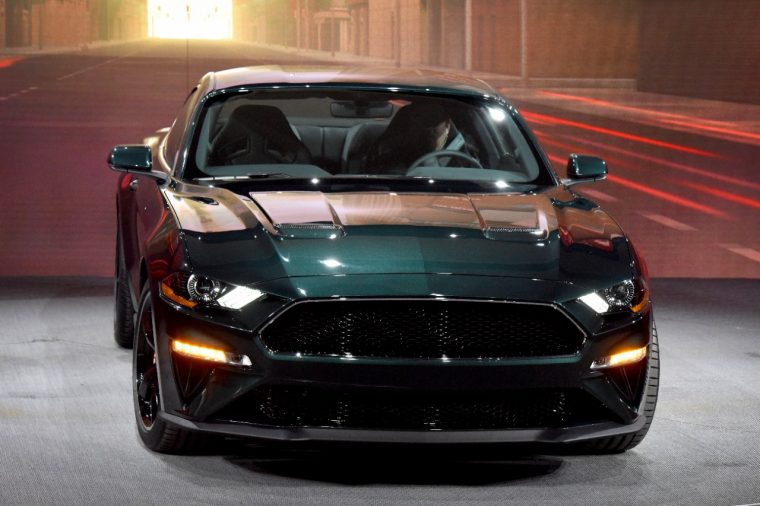 Ford is throwing it back to one of the greatest cars of the silver screen with the 2019 Mustang Bullitt, launching this year to celebrate the 50th anniversary of the Steve McQueen classic. Ford even introduced its latest Mustang Bullitt in appropriately cinematic fashion—with a short film that pits the new Mustang Bullitt against a Dodge Charger in a race for the last unoccupied parking spot. Making this all the more special is the fact that the woman behind the wheel is none other than Molly McQueen, granddaughter of Bullitt himself.

“This new Bullitt is, as Steve McQueen was, effortlessly cool,” said Darrell Behmer, Mustang chief designer. “As a designer, it’s my favorite Mustang—devoid of stripes, spoilers, and badges. It doesn’t need to scream about anything—it’s just cool.”

Cool is quite the operative with the Ford Mustang Bullitt, which is built with several nods to the original 1968 Ford Mustang GT 390. Set to launch this summer, it’s standard with a manual transmission that employs a cue ball shift knob, is offered in Dark Highland Green (as well as Shadow Black), and features chrome accents in the grille—offered in black, naturally—and around the front windows. 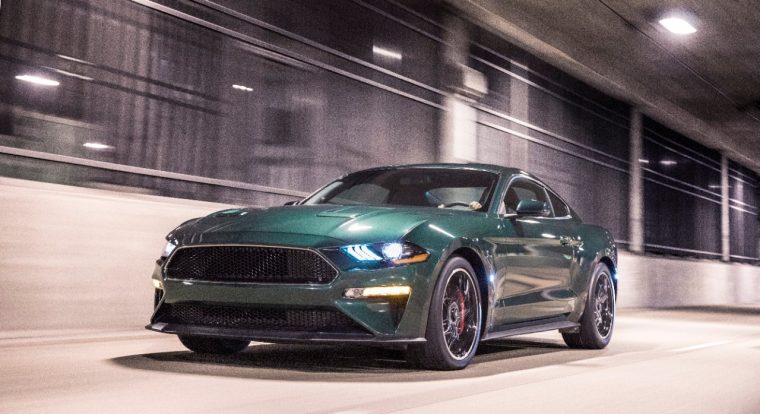 But the 2019 Mustang Bullitt is also exceedingly modern—it’s equipped with a 12-inch all-digital LCD instrument cluster with a unique welcome screen, and gets all content included with the Mustang GT Premium with Performance Package. Adding an extra premium touch on the inside is green accent stitching on the dash, door panels, center consoles, and seats. Badging and branding, on the other hand, are kept at a minimum—there isn’t even a corralled pony emblem in the grille, driving home the minimalistic look.

Arguably more important than the look of the Ford Mustang Bullitt is the way it performs. Here, the trusty 5.0-liter V8 has been tuned up to deliver “at least” 475 horsepower and 420 lb-ft of torque and a 163 mph top speed—8 mph faster than the 2018 Ford Mustang GT. The Mustang Bullitt also gets an active valve performance exhaust system with Black NitroPlate exhaust tips, Open Air Induction System, and the Shelby GT350’s intake manifold. It’s a big ol’ honkin’ beast, all right.

“When making a Bullitt, there are certain things it absolutely must have,” said Carl Widmann, Mustang chief engineer. “It has to have the right attitude, it has to be unique in some way from a Mustang GT, and more than anything, it has to be bad ass.” 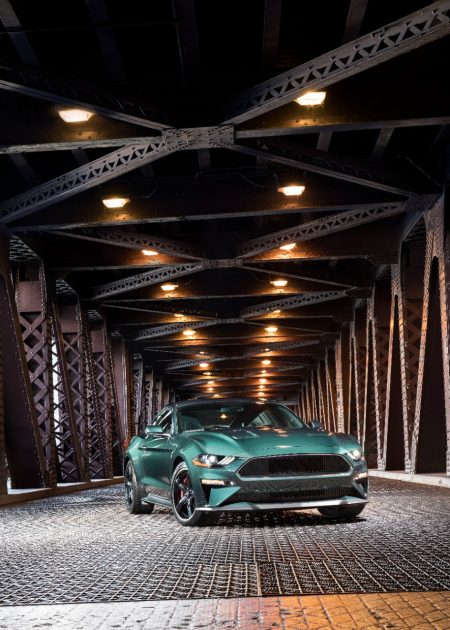 As was anticipated last week, Lot No. 3006 at this week’s Barrett-Jackson Scottsdale auction will be for VIN 001 of what appears to be an extremely limited run of 2019 Mustang Bullitts. Pricing and other pertinent info will likely be dropped heading into its summer launch, so stay tuned. 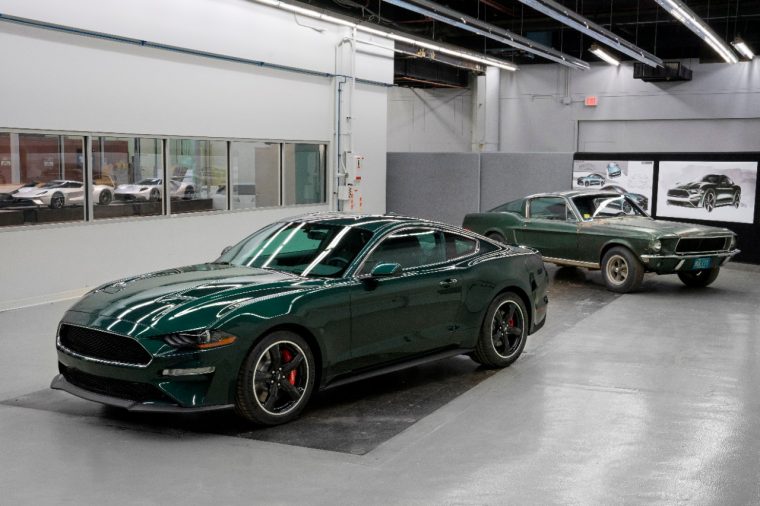 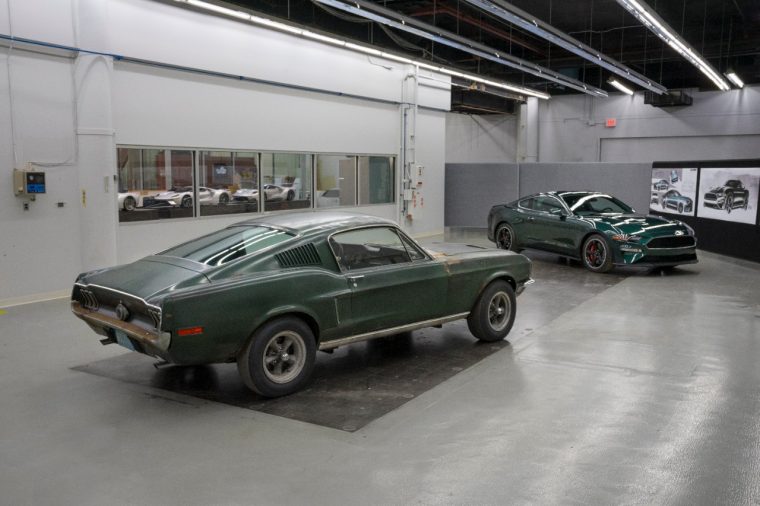 In a related bit, the reveal of the 2019 Mustang Bullitt was accompanied by that of another powerful Mustang—the original 1968 Mustang GT that McQueen himself drove in the film. Long thought lost, the original Dark Highland Green Mustang GT turns out to have been in the hands of Sean Kiernan, who inherited the car from his father, who purchased it in 1974 and kept it preserved in a barn after the clutch went out in 1980. 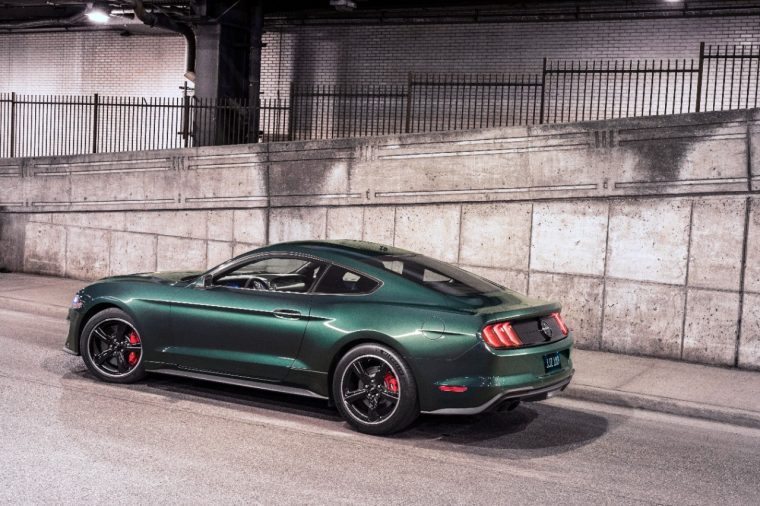