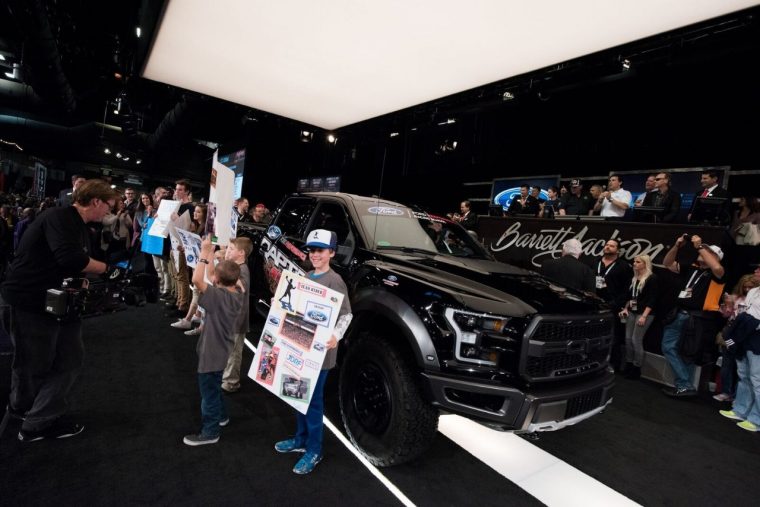 Earlier this month at the 46th Annual Barrett-Jackson Scottsdale Auction, Ford put up on the block a one-of-one 2017 Ford F-150 Raptor that would be draped in a unique color and would be the last VIN to roll off the production line for the 2017 model year.

When the dust settled, this distinctive Ford F-150 sold for $157,000 to Sam Pack, CEO of Sam Pack Five Star Ford in Carrollton, Texas. All proceeds from that auction—including an additional $50,000 donated anonymously—will be given to the Juvenile Diabetes Research Foundation, which funds type 1 diabetes research.

“Providing support to JDRF in its fight against diabetes is extremely important to my family and everyone at Ford Motor Company,” said Henry Ford III, global marketing manager, Ford Performance. “The auction of this one-of-a-kind Raptor is a true testament to Ford’s commitment to JDRF and a great way to raise awareness for this extremely worthy cause. We’re thrilled that the winning bidder chose to support such a wonderful organization. I’m confident this truly unique Raptor will put a smile on their face every time they get behind the wheel.”

Ford also announced this month that all owners of the new 2017 Ford F-150 will receive a complimentary day at its Raptor Assault performance training course at the Ford Performance Racing School in Grantsville, Utah. This multi-faceted program will provide drivers the tools necessary to truly harness the power of the Raptor’s 450-horsepower EcoBoost engine and Terrain Management System on- and off-road.