Patent Trolls are a Problem in the Auto Industry, Too 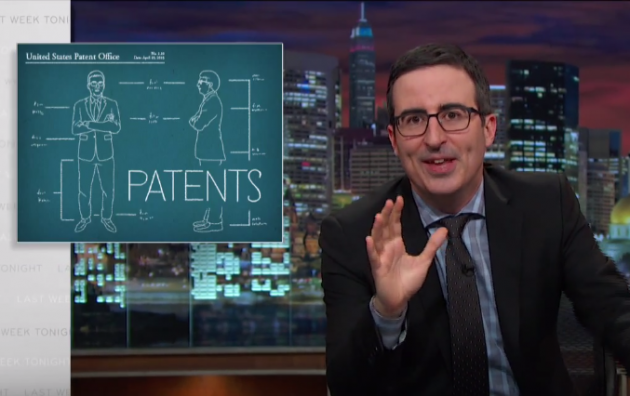 Most American citizens are still in mourning over the fact that Jon Stewart is stepping down from The Daily Show to make way for an offensively unfunny replacement, but we can at least take comfort in the continued success of Stewart’s protégé, John Oliver, whose Last Week Tonight has humorously highlighted America’s broken infrastructure, municipal fines scheme, and now, patent system:

Patent trolls are primarily a problem in the tech world, which is what Oliver focuses on for most of his piece, but they’ve also been a persistent pest in the automotive industry since at least 1895. That’s when a New York attorney named George Selden got a patent for his nifty idea of an automobile powered by an internal combustion engine.

Selden never built a car in his life, but he threatened to sue the American automakers that actually did, and most of them acquiesced and paid him royalties rather than go to court. The only person to fight the lawsuit was Henry Ford, who successfully argued that Selden’s patent applied only to two-stroke engines, not the four-stroke kind found in Ford automobiles at the time.

In recent years, the problem has gotten worse, with the number of lawsuits filed against automakers by patent trolls rising from 17 in 2009 to a whopping 107 last year. And these lawsuits frequently result in significant payouts—in 2011, Hyundai had to pay $11.5 million to a company that claimed the Korean automaker had violated its patent on a method of designing customized booklets for customers.

The year before that, a court ordered that Toyota pay a $5 million penalty and $98 in royalties for every Prius sold to a company that claimed that the hybrid’s powertrain violated one of its patents (the automaker later settled out of court for an undisclosed sum).

According to Automotive News, Ford began fighting back in February of this year, signing a contract with RPX Corp., a company that’s spent almost $1 billion buying up patents for the purpose of defending against the trolls. Although the exact details of Ford’s contract with the company are unknown, average RPX members pay $1.5 million per year for access to the shared patent portfolio.

RPX, as one might expect, mostly holds technology patents, but has begun increasing its number of automotive patents, as well. As cars become more and more connected, featuring built-in apps and other types of software, the patent troll problem is only likely to get worse.

As for Oliver—though very funny, he’s lucky that Jon Stewart doesn’t hold a patent on the incredulous-comedian-eviscerates-American-media-politics-corporations-and-society-for-half-an-hour format.