It’s been a long time coming, but Toyota has finally revealed the production model of its C-HR hybrid crossover concept at the Geneva Motor Show, and it looks pretty damn good. 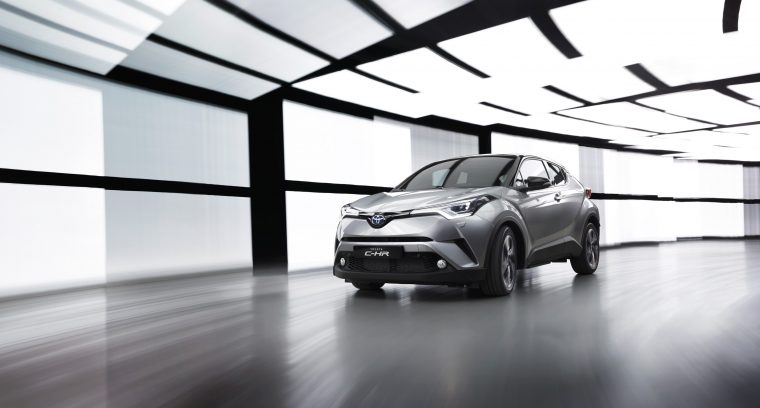 The C-HR has been through some ups and downs. It was initially introduced in 2014 at the Paris Motor Show, and Toyota quickly announced its intentions to create a production version. A year or so later, the automaker brought the C-HR to the LA Auto Show, this time as a Scion. Well, Scion is going to be a thing that no longer exists, so the crossover will join Toyota’s lineup once it’s available for purchase.

Coming Soon: These are the Scion models making the move to Toyota

The C-HR concept boasted much more unique styling than anything currently seen in Toyota’s lineup. When the model was slated to become a Scion, we assumed much of the crossover’s quirkiness would remain in order to attract those slippery Millennials. But when we found out that the C-HR was once again destined to become a Toyota, we were afraid that the model would lose its funky styling in order to fit in with Toyota’s more mainstream lineup. Luckily, Toyota was happy to prove us wrong…

The C-HR production crossover looks pretty similar to its concept cousin, with just a few minor changes. Smaller wheels, slightly altered headlamps, and a redesigned lower front fascia are the only noticeable differences, while the crossover itself retains what made us fall in love with it in the first place. The C-HR is definitely ready to reinvigorate Toyota’s lineup.

The C-HR should go on sale later this year, and will compete with the likes of the Mazda CX-3 and Honda HR-V in the relatively new compact crossover segment.

Dare to Compare: See how the Toyota RAV4 crossover measures up to the competition