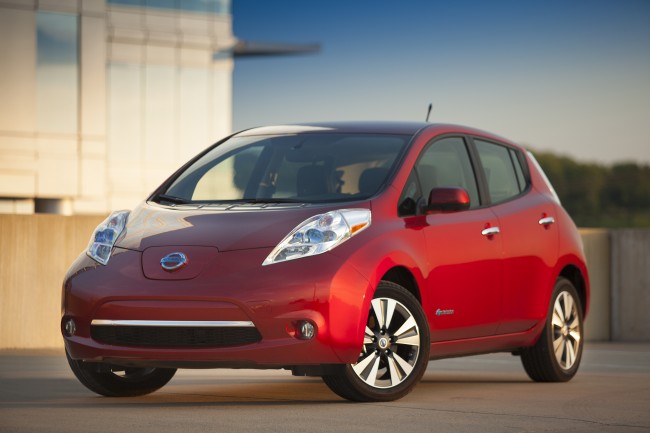 One of the biggest objectives Nissan has for its LEAF moving forward is to increase its range from the current generation’s 84-mile figure. According to the head man in charge himself, Nissan might already have a battery in the works that nearly triples that number.

According to Autoblog, Nissan CEO Carlos Ghosn told an interviewer that the 250-mile LEAF is closer than we might think, but didn’t divulge much else.

Reporter: Can you tell us more?

Reporter: Will the range double?

Daily Kanban spoke with an unnamed Nissan engineer, who confirmed that the next-gen LEAF would be looking at a range of around 250 miles on a single charge with a battery that is both lighter and less expensive to manufacture. Further, the source said that commercial applications for the new battery “could be no more than one model cycle away.”

Nissan’s Jeff Kuhlman seemed to substantiate this by adding that Nissan “[believes] that we can do more with battery electric, and very soon take the issue of range off of the table.”

With any luck, we’ll be hearing something solid about a 250-mile LEAF sometime in the new calendar year. The current-gen LEAF is enjoying its best sales year ever, having already bested last year’s all-time sale record with more than a month of sales to go.