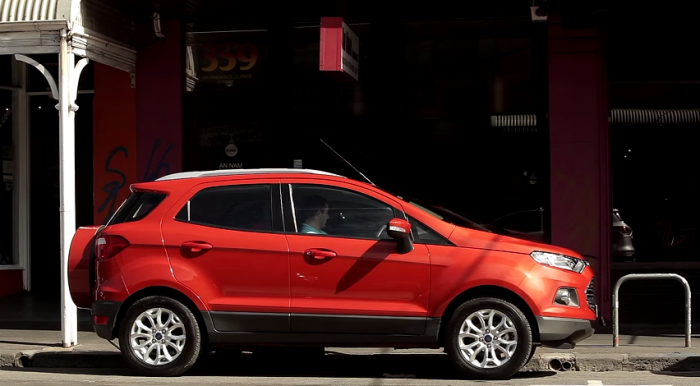 Could the next stop for the next-gen Ford EcoSport be the Land of Milk and Honey?

Ford has long been rumored to be considering bringing its EcoSport compact crossover to American shores. If a new report has any legs, it might only be a couple of years away.

According to Indian Autos Blog, the EcoSport is slated to be coming to America in October 2017. This would make the EcoSport the first vehicle built in India to be exported to the United States, and it would give Ford a new crossover to slot in below the Escape.

The crux of this report seems to stem from reported plans to revamp the EcoSport within the next couple of years and boost production output to 90,000 units annually. The suggestion is that some of the upgrades made to the new EcoSport would be those necessary to port it to the American marketplace.

It’s hard to say how valid this rumor is, but it certainly would help Ford compete with the likes of the Chevrolet Trax, Honda HR-V, and Mazda CX-3.