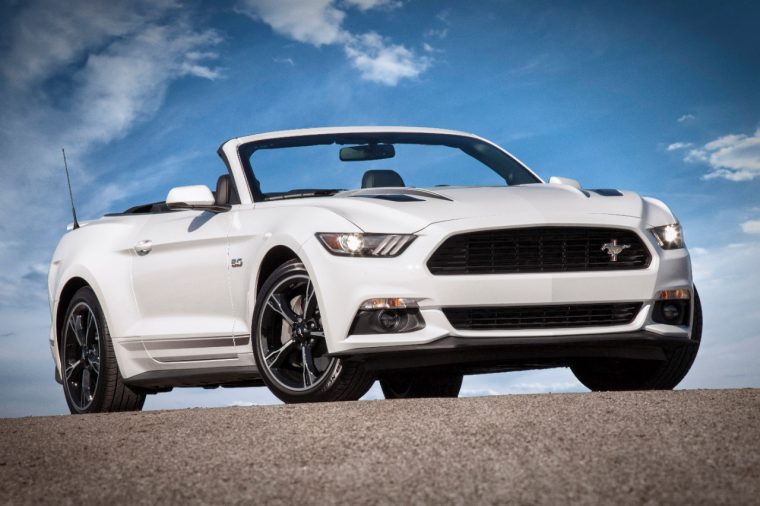 There’s an old stigma that muscle cars and performance vehicles are basically the automotive equivalent of G.I. Joes—i.e. toys made pretty much exclusively for boys. As we know, there are plenty of girls who love Roadblock and Cobra Commando as much as any boy possibly could, rendering the idea of girl/boy toys to be basically untrue. Fifty years of women owning Ford Mustangs makes this demonstrably untrue (particularly when one considers that the first person to buy a Mustang was a woman), and the fact that women are buying a ton of 2015 Mustangs certainly helps dispel that silly misconception.

According to Bloomberg Business, Polk and IHS global sales data shows that sales of the Ford Mustang  are up 40% this year. Further, Ford is cornering the market amongst female shoppers, with 36% of all sports cars purchased by women in 2015 being Mustangs.

Ford United States sales analyst Erich Merkle said that women are more inclined to choose the Mustang EcoBoost because of its efficiency and performance. Merkle also noted that women are a bit more likely to choose a convertible than men, with about 15% of all women choosing drop-tops to 13% of men opting out of fastback models.

Thus far, the 2015 Ford Mustang is far and away the best-selling car in its segment this year, and its launch in new markets full of women who love powerful cars is certain to help the Mustang finish the year strong and sustain for years to come.