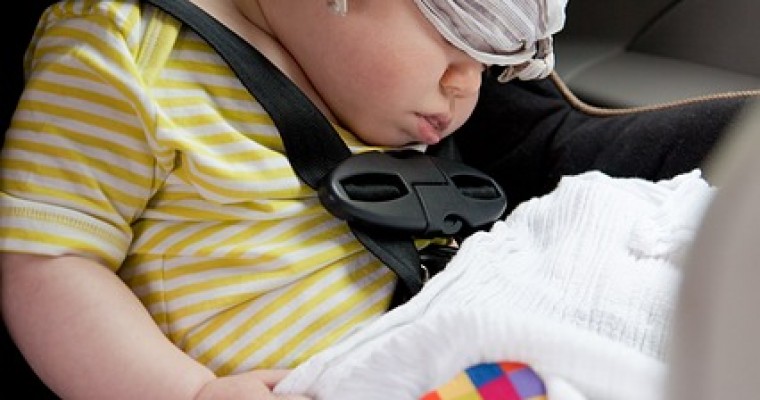 Car seats are vital in keeping your child safe in the car. Over the years, safety has improved greatly, and as a result, the number of car-related deaths for children under the age of 12 decreased by 43% between 2002 and 2011. If you had your children in recent years, you may not realize the […]

Added on September 11, 2014  The News Wheel  Baby Safety Month , car seats , How to Keep Your Baby Safe on the Road

Baby Safety Month: How to Keep Your Baby Safe on the Road 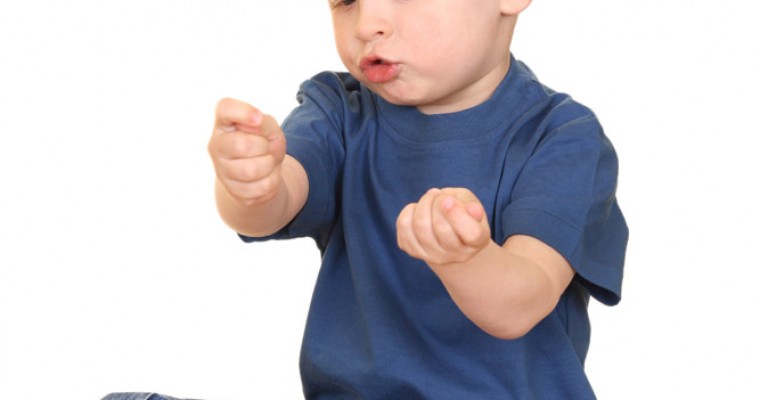 A car can be a dangerous place for any driver or passenger, even with the plentiful safety elements featured in today’s cars. No matter how safely you drive, there’s always the chance that someone will be texting while driving, or not paying attention to that red light, and run right into you. Thankfully, most cars […] 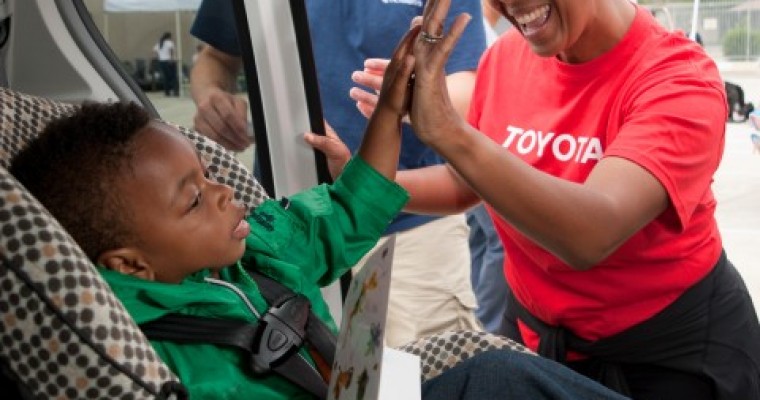 Safety technology in vehicles seems to get more and more complex on a daily basis. Not so for car seats; these days, most new vehicles are mandated to be equipped with Lower Anchors and Tethers for Children (LATCH) systems that allow for easy and simple installation of car seats. But shockingly, three out of four […]

Baby Safety Month: How to Properly Install a Car Seat 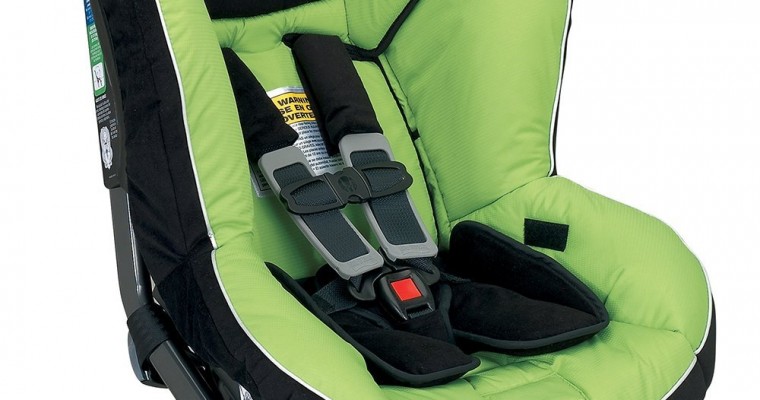 Your car seat is one of the most important purchases you will make for your baby. Once you’ve chosen the right one for your vehicle and your child, the next step in to install it early enough before your baby is born so that you are familiar with how it works and how to get […]

Baby Safety Month: How to Choose a Car Seat 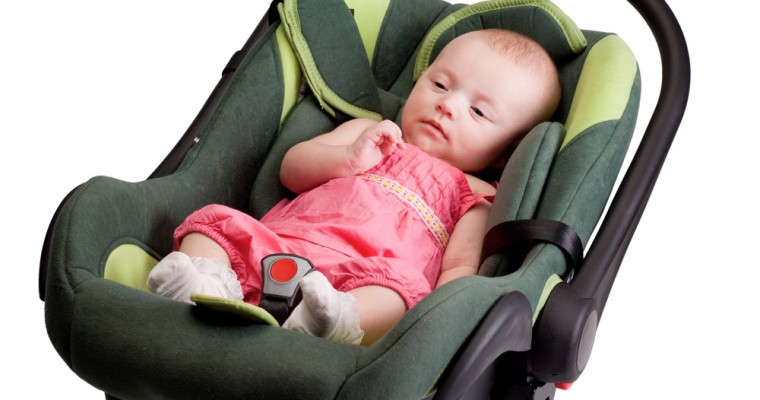 Since September is Baby Safety Month, it seems like the perfect time for us to explore some of the issues parents face when transporting their infants by car. If you have a baby and a car, it’s absolutely imperative that you own a car seat. In fact, most hospitals won’t discharge you unless you have […] Infants and young toddlers have pretty short attention spans, which means that sometimes, a previously-loved toy might suddenly be regaled to the bottom of an overflowing toy chest. It’s no wonder most parents have way more toys than their little ones probably need; it’s good to have a wide range of stuff to […]

Eleven-Month-Old Baby Dies After Being Forgotten in SUV 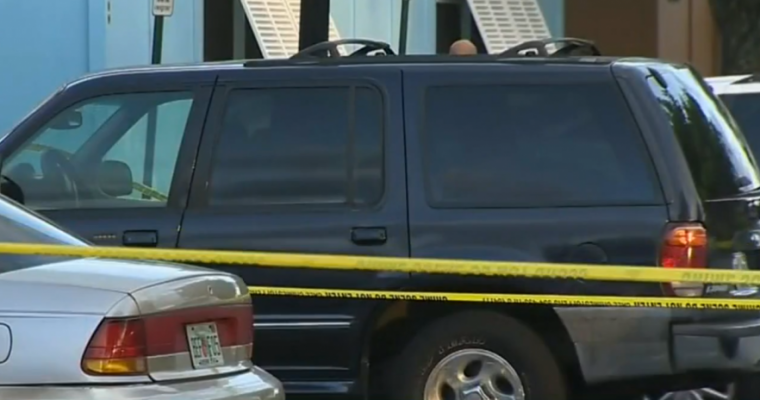 An 11-month-old baby in Lauderhill, Florida, died yesterday after being left in a hot Ford Explorer SUV for more than an hour. The baby’s parents and four older siblings were unloading groceries when they forgot the baby inside their vehicle, which was parked outside their apartment near Fort Lauderdale. It took the family an hour before anyone […] 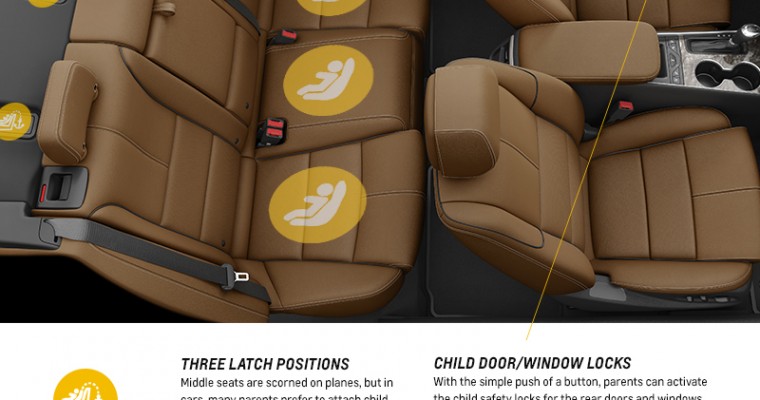 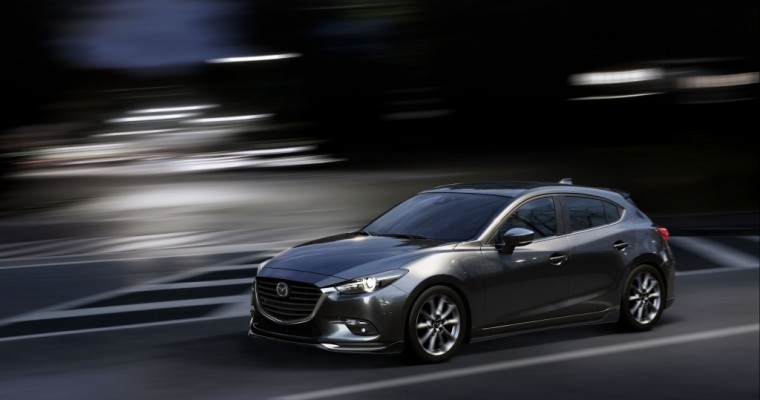 Back in July, Mazda unveiled the updated 2017 Mazda3, including some minor restyling on the front fascia and on the interior controls, as well as G-Vectoring Control. Now, Mazda is revealing even more upgrades and the pricing for the 2017 model year. In addition to the already announced changes, the new Mazda3 will receive enhanced […] 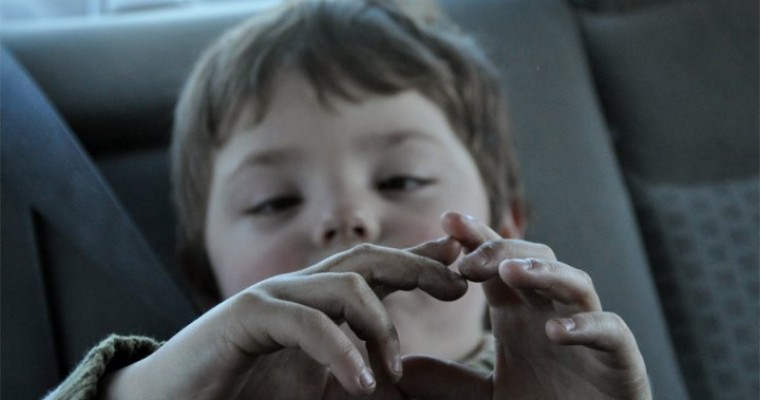 You probably don’t think about the germs on car seats when you slide into your minivan and strap your kids into their child car seats in the back. Despite all the dropped food, diaper accidents, muddy soccer games, and sick kids assaulting your car’s interior, cleaning it out probably doesn’t cross your mind. After all, […] 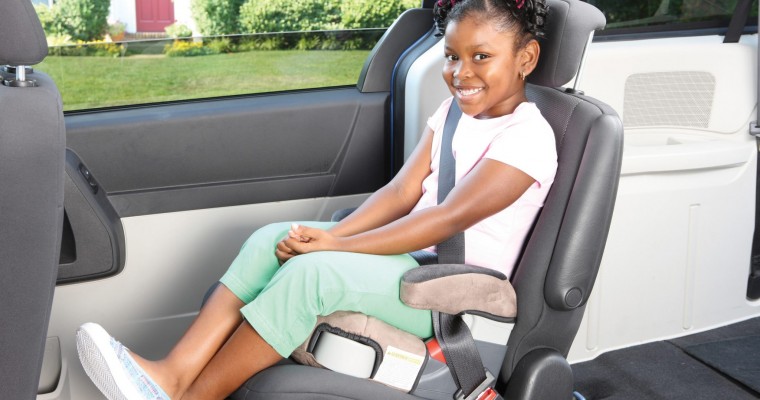 As the country observes National Child Passenger Safety Week this week, embedded within Baby Safety Month, Safe Kids Worldwide has released an alarming study in a report called “Buckle Up: Booster Seats,” which was funded in part by a $2 million grant from the General Motors Foundation. The report states than nine out of 10 […] 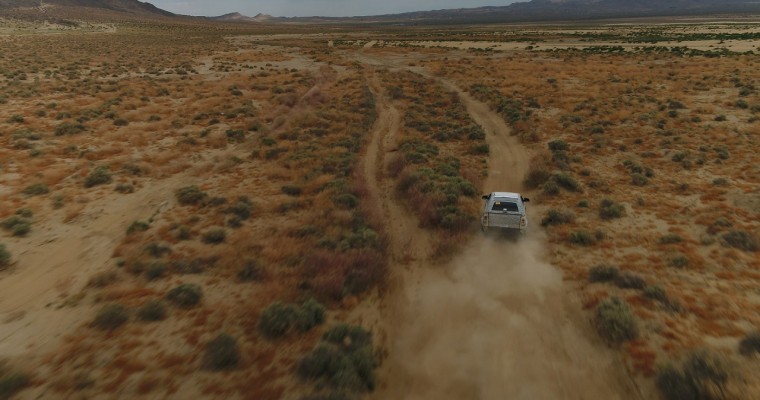 Here we were, all set and ready to finally see the 2021 Ford Bronco — and then everything just goes crazy. With seasons and tournaments canceled and events postponed left and right to stem the spread of COVID-19, it comes as little surprise that the official reveal of the 2021 Ford Bronco is now postponed. […]

Chevy Wants the Suburban to be the Official Car of Texas 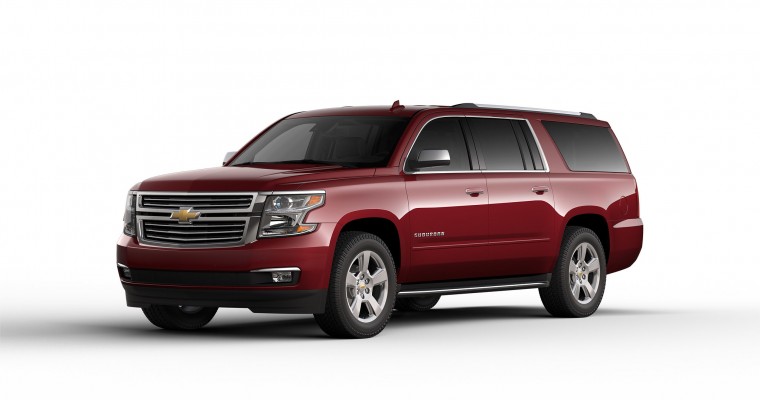 Everything’s bigger in Texas, which means the massive Chevy Suburban is right at home in the Lone Star State. But should the Suburban be the official vehicle of Texas? Chevy seems to think so. A Legacy of Quality: Why Buy Chevrolet? Pushing the petition We’re all familiar with Change.org petitions — they run the gamut […] 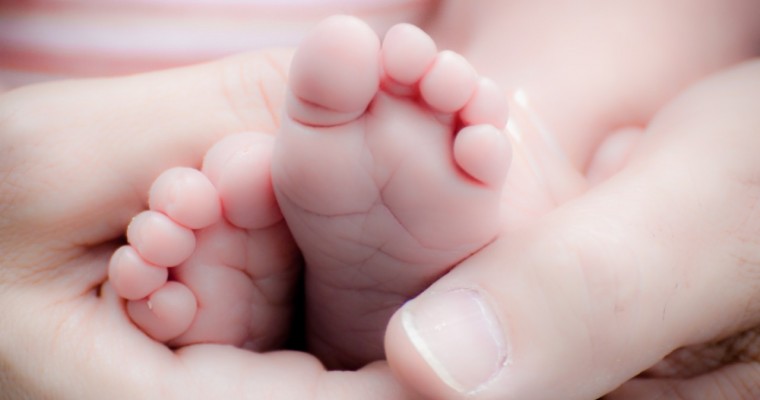 Research shows that approximately 25 percent of men struggle with postnatal depression in the first three to six months after a child is born. Further, 10 percent of all fathers-to-be will face depression at some point during their partner’s pregnancy. To help dads and expectant dads cope with the all-too-real possibility of depression, Ford paternity […]

How to Tell if Your Car Seat is a Knock-Off 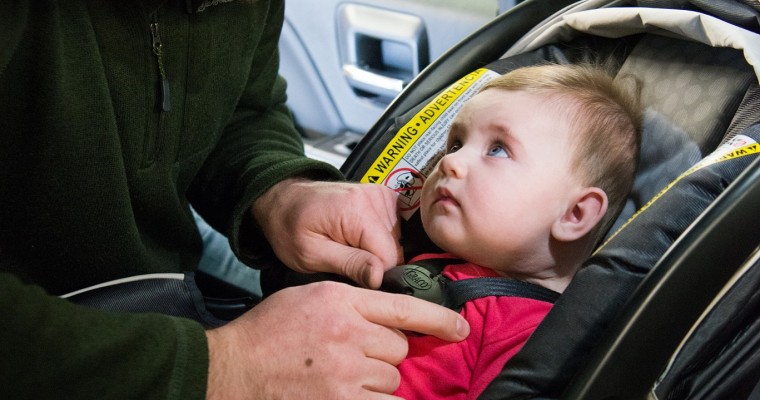 Car seats are very important for children’s safety, but they also can cost quite a bit of money. That’s why some parents find themselves purchasing cheaper versions. However, too many of these parents end up accidentally purchasing counterfeit car seats, which are unsafe for children. Here are some items to check on your car seat […]

6 Anticipated Audiobooks of May 2019 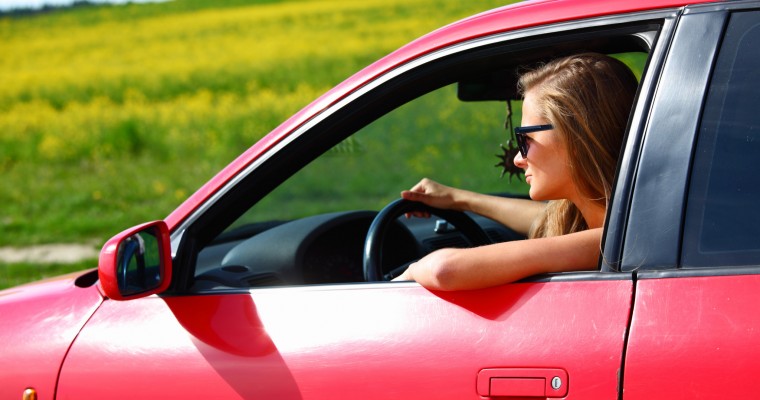 When the weather heats up heading toward summer, so does the book publishing industry. There are many new books coming out in the coming months and, if you’re a committed bookworm like me, the impending literary tsunami looks pretty intimidating. While you can’t turn the pages of an actual tome when you’re behind the wheel, […] 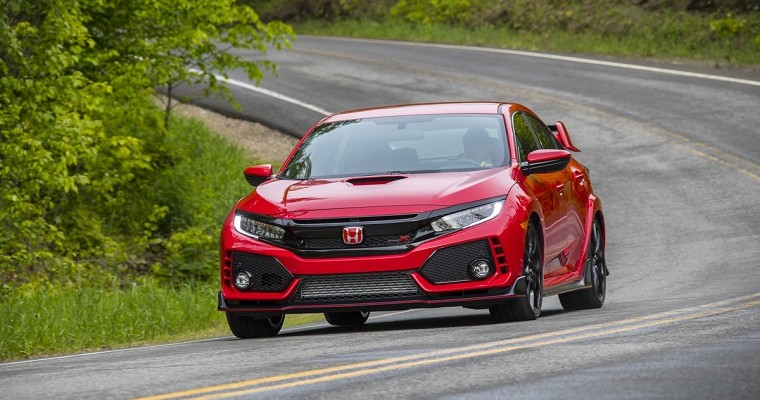 The 2018 Honda Civic Type R may be the most anticipated new car in the Honda lineup—and it just went on sale at the start of this month. After the 2017 model was launched in June on a limited production basis, the 2018 model marks the first Civic Type R ever sold in America following […] 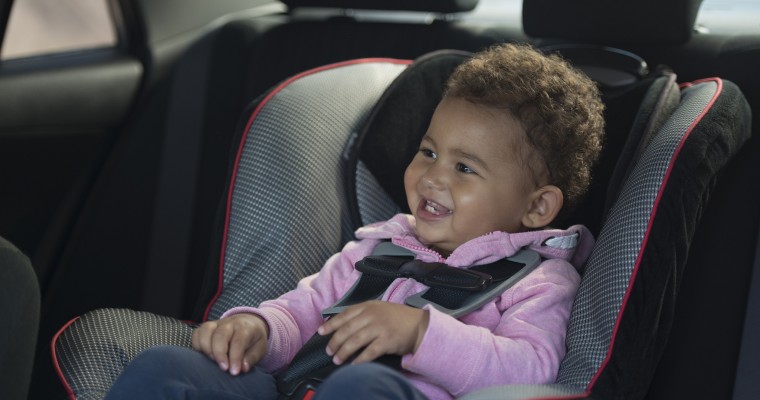 Summer is a distant memory but the threat of heat still exists even with outside temperatures cooling down. “CR testing showed that even when it was 61 degrees Fahrenheit outside, the temperature inside a closed car reached more than 105 degrees Fahrenheit in just one hour, an extremely dangerous and potentially fatal level for a […]