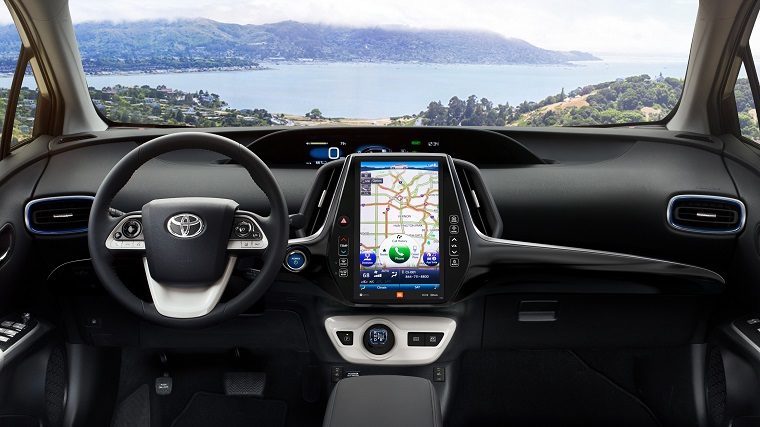 Anthony Levandowski, a former Waymo engineer, has posted a time-lapse video in a lengthy Medium post that shows a Toyota Prius driving itself across the United States in just four days without any human assistance.

The video starts at the Golden Gate Bridge in San Francisco, on October 26, and finishes four days later at the George Washington Bridge in New York, representing a 3,099-mile journey. Levandowski was in the Toyota’s driver’s seat for the whole trip but says he never needed to use the pedals or steering wheels except to stop for fuel and rest.

The rest of the trip was achieved by a Level 2 autonomous driving system using basic digital maps and cameras. The stunt represents the longest recorded journey of an autonomous vehicle, which Levandowski is using to promote “Copilot,” a program that Pronto.ai, his new company, is developing.

Learn More: The Toyota Prius is a great buy even if you have to do the driving

A Weekend Drive from Pronto.ai on Vimeo.

“Pronto means ready,” the engineer’s headline states, and while he admits that “the age of autonomous vehicles crisscrossing the country by themselves is still quite a ways off,” he believes that we don’t Level 4 autonomy to reap the benefits of self-driving tech.

“Better to do several things — braking, steering, and throttle — super well on a wide variety of roads and conditions rather than attempting to do everything else that driving entails in a very artificial manner,” he argues.

Levandowski believes the best current market for Copilot is the commercial trucking industry. Specifically, a refined Level 2 autonomous system could go a long way toward helping truck drivers “deliver their cargo anywhere in the world with greater safety and comfort than ever before.”

Did You Know? These common car maintenance mistakes could be costing you