Subaru’s charitable Share the Love initiative, held from November through early January each year, aims to raise money for national and local charities across the country. It also serves as an incentive for prospective buyers to choose Subaru over competitors, specifically at what would often be a slower sales season, as the donations come directly from the buyer’s decision to purchase. For every vehicle purchased during the initiative, Subaru donates $250 to the charity of the customer’s choice.

Customers could choose among the ASPCA®, Make-A-Wish®, Meals on Wheels America, and the National Park Foundation. Customers could also choose to support local charities selected by the dealership at which they were purchasing.

For 2015, Subaru pledged to donate $15 million for the event. However, because the automaker experienced such a successful and record-breaking sales year, Subaru boosted that another $3.5 million, to a total of $18.5 million. Add to that the $690,000 from matching retailer donations to local charities, and the combined total reaches $19,190,428 to charities through this year’s initiative. 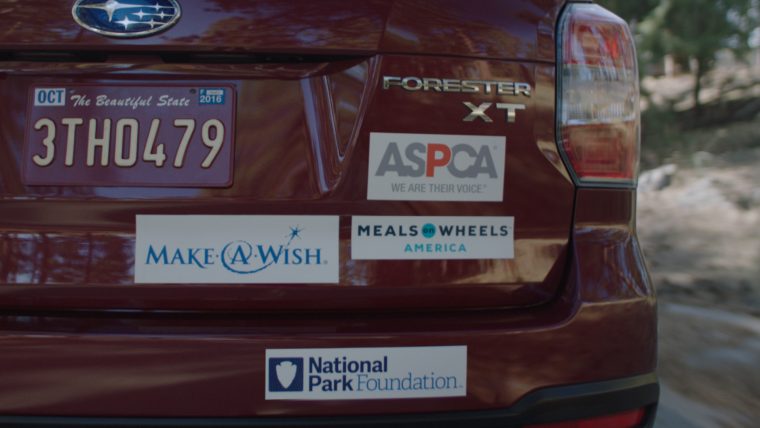 That brings Subaru’s Share the Love grand total to $70 million over the last eight years.

“Subaru drivers, retailers and employees share a passion for making a difference in our communities, and nowhere is that more evident than through the Share the Love program,” remarked Alan Bethke, vice president of marketing at Subaru of America. “In the eighth year of this terrific event, we are proud to have reached nearly $70 million in donations to national and local organizations that are making a tremendous impact in communities throughout the country.”

If you want to get in on the action, use the hashtag #sharethelove to highlight your favorite charities or to thank Subaru for its donations.