Does an ageing rock star say a bunch of disgusting, racist things at every turn possible? We'll take that as a yes. 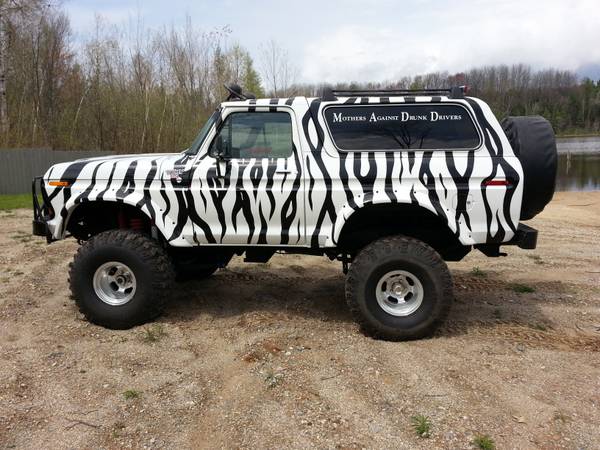 The 1979 Gonzo Bushmaster, once owned by washed up rocker Ted Nugent, can be yours for $25,000 Source: Craigslist

Once upon a time, Ted Nugent was known for being a pretty exceptional guitarist and the artist behind the 20th century equivalent of Mozart’s “Ave verum corpus, K.618,” the timeless “Cat Scratch Fever.” These days, The Nuge is best known for the seemingly endless stream of idiocy that spews from his annoyingly-goateed mouth every time he finds a microphone in front of his face and for subsequently having his concerts canceled as a result of said idiocy. Such is life.

Before he was best known as a mouthpiece for terrible opinions to which even incomprehensible morons have difficulty lending voice, he was notorious for being an accomplished bowman, a skill that featured prominently in his stage shows. He was also famous for utilizing those skills offstage, where he was an accomplished hunter and (of course) and outspoken advocate for hunters’ rights.

Naturally, Nugent’s affinity for the wilderness meant that he needed a capable off-road vehicle, which led to the creation of a series of amply-modified Ford Broncos, rechristened Gonzo Bushmasters. One such vehicle, a gaudy zebra-striped 1979 Gonzo Bushmaster, is available for sale right this very minute on Craigslist.

From the original listing:

Originally owned and customized by Ted Nugent himself with the proof being by the autographed glove box in 1999 when he painted the truck zebra and sold it. Truck runs like a dream and ready for the trails or your next hunting expedition. Has several of lights and switches that make this bronco one of a kind. 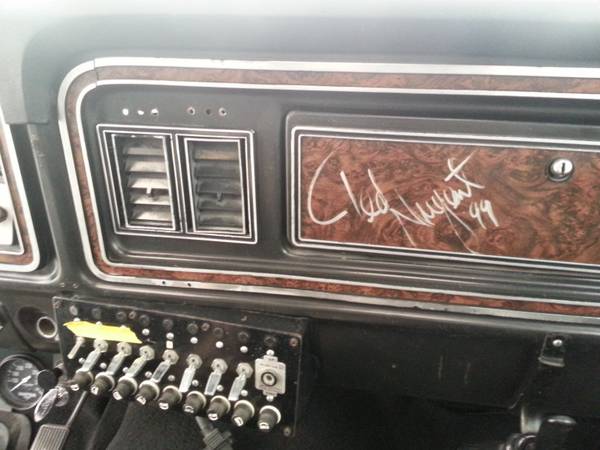 Not pictured: Nugent’s Sharpie-scrawled rant about President Clinton written on the back of the passenger seat  Source: Craigslist

With 42,000 miles on the odometer, the 1979 Gonzo Bushmaster is a steal at…$25,000? Really? It appears to have been well-maintained, and there’s some kitsch in an old Ford Bronco covered in zebra print and formerly owned by a second-tier rock star, but is it actually worth that much?

On the plus side, the asking price for the 1979 Gonzo Bushmaster has dropped $5,000 since it was last seen listed on Craigslist Detroit back in April.

Maybe the price just goes down a few thousand bucks every time ol’ Uncle Ted says something stupid and racist. If that’s the case, you could get this beast for just a song in a few months’ time. Just make sure that song is something a little bit better than, say, “Wango Tango.” 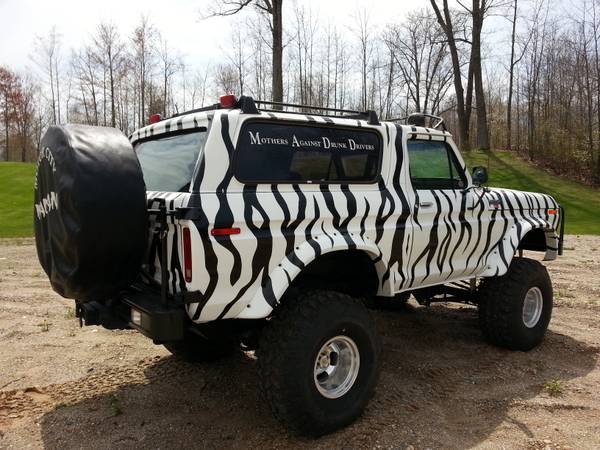