Time Your Next Vehicle Purchase Right to Get the Best Deal 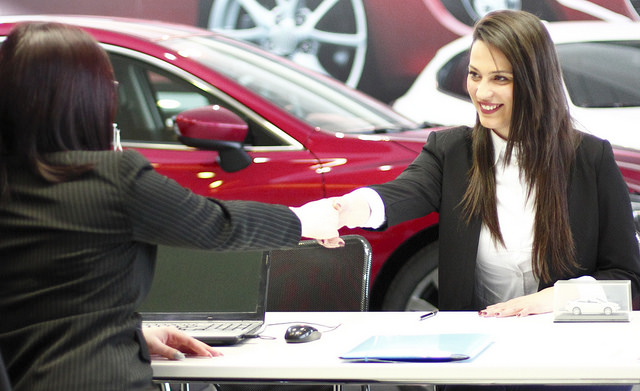 Aligning your next vehicle purchase with the stars may seem a bit out there, but to get the best deal on a new car, you might want to consider the time of your buy before you invest in a new set of wheels.

According to Evarts who cites TrueCars.com 2015 data for best shopping times, the day of the week most workers dread—Mondays—are an optimal day to seek savings on vehicles.

“Average Monday discounts reach 8.1 percent, according to TrueCar.com, compared to just 7.49 percent the day before and 7.77 percent on Saturdays. On Tuesdays, discounts surge again to an average of 8.05 percent, and fluctuate near that level for the rest of the week. Thursday is the second-best day of the week to buy a car, with average discounts of 8.08 percent off MSRP,” Evarts reports.

Flowers aren’t the only thing that May brings. According to Evarts, May is one of the most advantageous months to save money on a new mid-sized SUV while October is perfect for picking out a new full-size pickup truck. “In TrueCar’s study, the biggest discounts came on October 30, a Friday, and just in time for end-of-the-month sales incentives,” according to Evarts.

The commuting workhorses of mid-sized and compact cars had the most discounts in November, reports Evarts. “For the month, discounts squeaked over seven percent, and they centered on mainstream cars that people need to commute. Perhaps nobody wants to trust their old beater to get them to work through one more winter,” according to Evarts.

Popular models of mid-size SUVs and luxury mid-size SUVs rounded out the year with the best discounts in December, reports Evarts. “If a dealership is on the cusp of getting a big annual sales bonus on top of a big quarterly bonus, it’s in their interest to move the last several cars before they reach that goal at rock-bottom prices. Popular midsize and luxury midsize SUVs benefit from that trend,” according to Evarts.

If you want to celebrate the new year on the right wheel, Evarts notes that New Year’s Eve still runs strong as a day to get deals on a new vehicle with New Year’s Day being super promising, too. “Monthly, quarterly, and annual sales goals all converge, giving dealerships and their sales people the biggest financial bonuses for selling more vehicles. The more they sell, the more they make, and those bonuses can more than offset any discount they give you on a single car,” according to Evarts.

In conclusion, Evarts recommends that if you can wait until the second half of the year or at least the end of the month and have no plans for New Year’s, you’ll benefit from potentially substantial savings on your new vehicle purchase.