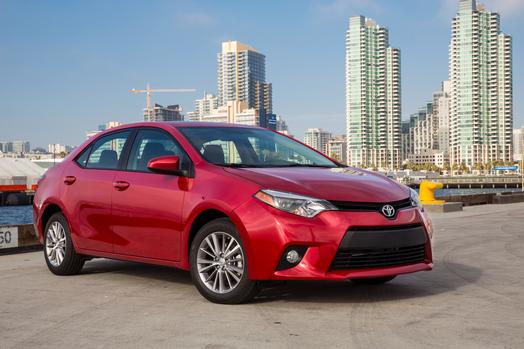 What we are about to tell you is probably not surprising, but bear with us and try to act shocked. So far this year, the Toyota Corolla is holding its own as the best-selling model in the world. Yep, the entire world. The reason this shouldn’t come as much of a shock is because the Corolla has held this title for quite some time now. But just what makes this subcompact sedan so popular with drivers worldwide?

The Corolla was first introduced back in 1966. In eight short years, the Corolla became the best-selling car in the world. Since then, Toyota has sold more than 49 million Corollas, and plans to continue this trend for many more years to come. In the first quarter of 2014, Toyota sold a grand total of 276,766, which is actually down from the same period in 2013. Worldwide sales are down in general, so the 1.5 percent dip in sales doesn’t appear to be anything for Toyota to worry about.

The continued popularity of the Toyota Corolla was aided by a complete redesign that debuted for the 2014 model year, bringing the sedan into its eleventh generation. For the redesign, Toyota increased the Corolla’s wheelbase by almost 4 inches, making it roomier than ever. For rear-seat passengers, this means a total of 41.4 inches of legroom, which should please even the tallest of passengers. The Corolla’s 13 cubic feet of trunk space adds to the practicality of the sedan, opening it up to a larger array of drivers, including families.

Of course, the Corolla wasn’t the only model to be named one of the world’s top sellers. The Ford Focus held on tight to the number two position, while the Volkswagen Golf moved up from seventh place in previous sales figures, to third place in the first quarter of 2014. Not too shabby by any means.

Considering a Corolla? Check out our gallery to see it in the flesh.