There’s nothing quite like a good portmanteau.  We love our “Brangelina,” lamented the loss of a potential Gigli  sequel when “Bennifer” called it quits, and offered a collective shrug when the predictable demise of the “TomKat” loosed the scourge that is Tom Cruise on the world’s couches.  Toyota is trying their hand at catchy amalgamation to, appropriately enough, market their line of hybrids with its August “Trybrid” campaign. 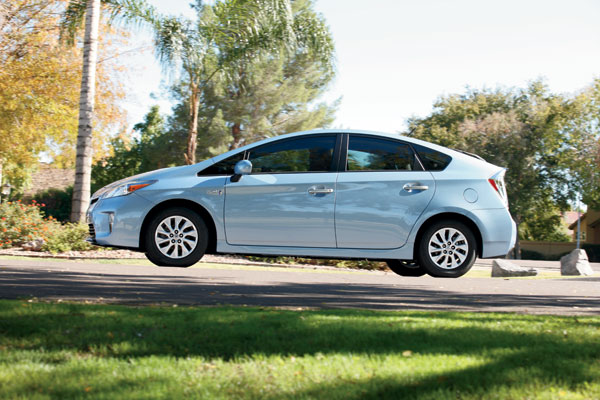 The “Trybrid” program, which is being utilized by Toyota dealerships across the UK, offers customers a free car wash when they stop in and test drive one of Toyota’s hybrid models.  The goal is to increase customer awareness of vehicles that run on hybrid technology and reveal the benefits of purchasing one of the automaker’s various fuel-efficient models.

While US dealerships are not currently offering a similar program, the message seems to be clear: in one of America’s largest hybrid markets (California), the Toyota accounts for six out of every ten HEV vehicles sold.

The Prius family, which recently grew to four models (Prius, Prius C, Prius V, and Prius Plug-In), has sold three million units worldwide. Toyota’s overall global hybrid sales passed 5 million in April, thanks to the addition of hybrid iterations of vehicles like the Camry, Avalon, and Highlander.  These figures suggest that Tom Cruise may not be the only one bounding about the sofa with joy, given Toyota hybrids’ fuel and money saving capabilities.

Brought to you by Newbold Toyota, St. Louis, MO