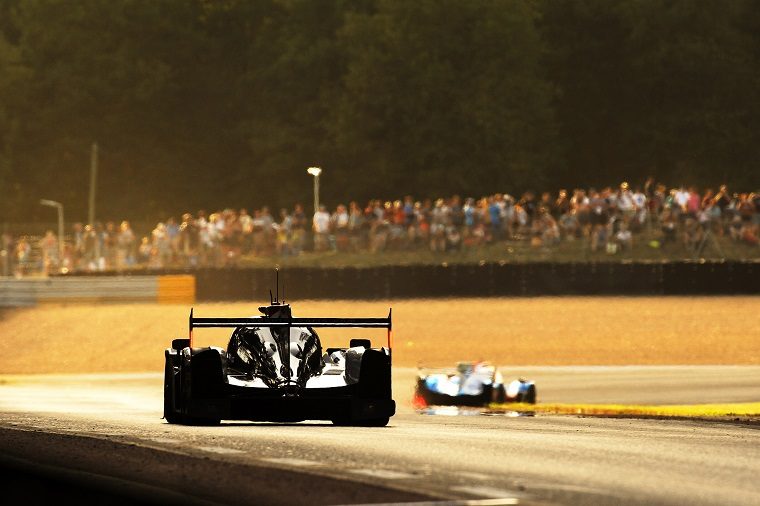 After McLaren revealed it would allow Fernando Alonso to race at the 24 Hours of Le Mans next year should the two-time World Champion commit to a new deal with the team—which now seems likely to happen given McLaren’s switch to Renault engines—Toyota said it would be open to talking to Alonso about getting him a seat in an LMP1 race car.

“We are always interested in talking to top drivers and Pascal [Vasselon, Toyota Motorsport GmbH technical director] has a good relationship with Fernando going back to his days with Michelin in F1,” Toyota Gazoo Racing team director Rob Leupen told Autosport. “But we cannot say anything more than that, because too much is open right now.”

Earlier this year, Alonso expressed his desire to claim the “Triple Crown of Motorsports,” which involves winning the Monaco Grand Prix (or, alternatively, the Formula One World Championship, though he has done both), the Indy 500, and the 24 Hours of Le Mans. He skipped the 2017 Monaco Grand Prix to make a stunning Indianapolis debut in May, though he was forced to retire due to reliability issues.

Toyota History: Learn more about Toyota’s origins and how it goes to where it is today

Given that McLaren expects to be in a better championship position by next year’s Monaco Grand Prix, it’s not likely the team will allow Alonso to skip the race again. On the other hand, the 24 Hours of Le Mans does not clash with an F1 weekend.

Porsche’s decision to withdraw from LMP1, however, casts doubts on the future of the WEC’s top racing category. It would be unlikely that LMP1 continues in its current state with Toyota as its only participant, and it would be both strange and a little tragic if Toyota finally claimed the Le Mans win it has so long courted with no real competition.

Because of this, Toyota said there would be no decision until October at the earliest as it waits for further details on the future of LMP1. Toyota has also previously stated that unlike in 2017, it is unlikely to field three cars at the next Le Mans, so that if Alonso does wish to race for the Japanese manufacturer, it would have to come at the expense of one of Toyota’s six regular drivers.