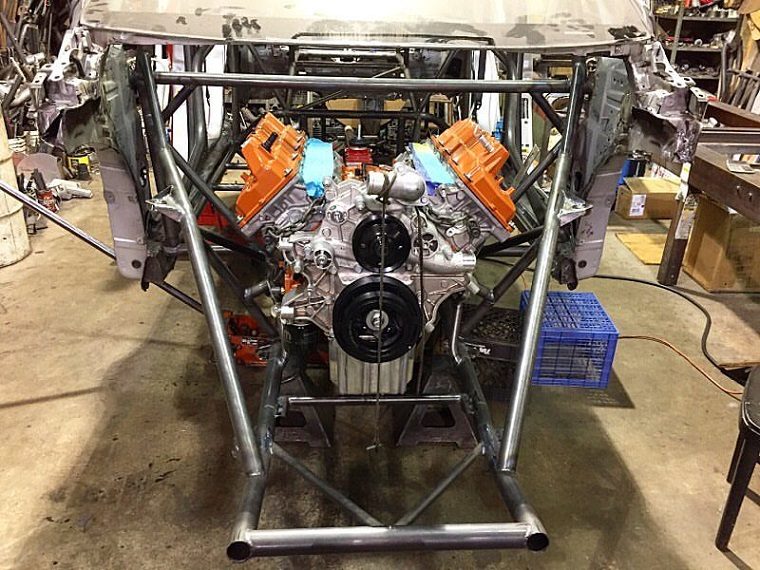 The Toyota Prius is not a popular car among enthusiasts. To most, it symbolizes a future they are reluctant to embrace−one where all cars are slow, electrified, and piloted by only the very worst drivers this planet has to offer. What, then, could one do to make the Toyota Prius a little more exciting? American Racing Headers (ARH), a New York-based custom house, has got the answer: stick a Hellcat engine in it!

The idea is possibly even crazier in practice than in theory. Stuffing a supercharged, 6.2-liter V8 Hellcat engine under the hood of a Toyota Prius is no small task and to pull it off, ARH needed to remove most of the sheet metal beyond the windshield, as well as drop the car’s bare body onto an NHRA-approved tubular frame made from scratch. In other words, it’s basically a Hellcat-powered Prius hot rod.

But hey, why stop there? Instead of just throwing in any old Hellcat engine, AHR also stuck a bigger, Whipple supercharger on it, which means the PriuSRT8, as they’ve called it, actually produces 1,000 horsepower—about 300 more than stock.

The whole drivetrain has been changed as well. Power goes to the rear wheels instead of the fronts and via a six-speed Tremec Magnum manual transmission, rather than the Prius’ factory CVT.

Though most of the powertrain components have been completed, the interior and wiring are still a work in progress. You can keep tabs on the project over at AHR’s official Facebook page, linked below.