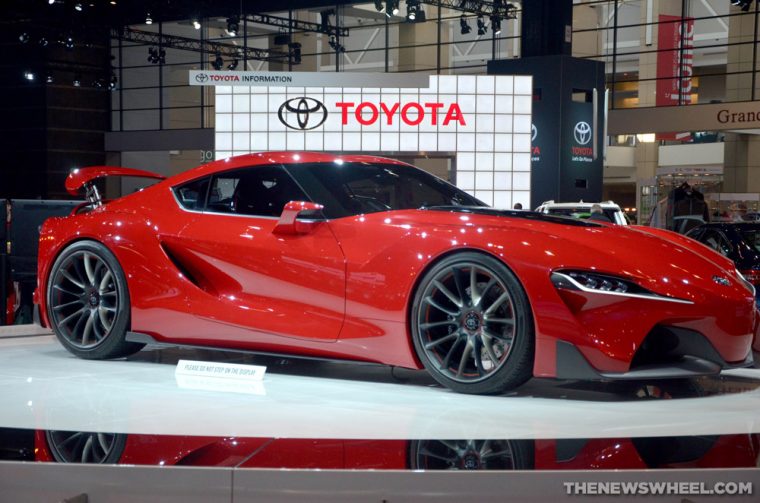 The long-awaited, next-generation Toyota Supra is finally set to launch at the upcoming 2018 Geneva Motor Show—and there won’t be just the one, but rather four different models in various states of tune.

As had been hinted in 2017, the sports car—which was jointly developed with BMW—won’t boast the Toyota badge but rather the Gazoo Racing nameplate. While the BMW will be offered as a convertible, the Supra will be hardtop only.

Related: The Yaris is the first Toyota model to get a GRMN variant

So far, however, that’s all we know—but it’s nice that the multi-year rumor mill is finally coming to a close and that the news seems to have veered toward reveal reports rather than pure speculation about powertrains and whether the car would exist in the first place.

That means that while we know there will be four Supra variants, we aren’t even close to knowing what will be inside them. According to The Drive, a document alleged to be leaked from BMW suggested there would be a four-cylinder engine available in the Supra but no manual transmission—yet a different source, which cited a Toyota engineer, claimed a manual Supra would actually be produced and that one of the engines would be a twin-turbocharged V6 with more than 400 horsepower.

For our part, it seems unlikely that the new Supra wouldn’t feature at least one model with an available manual transmission. But with the reveal just a few weeks away, it’s best to stop speculating and to just wait.