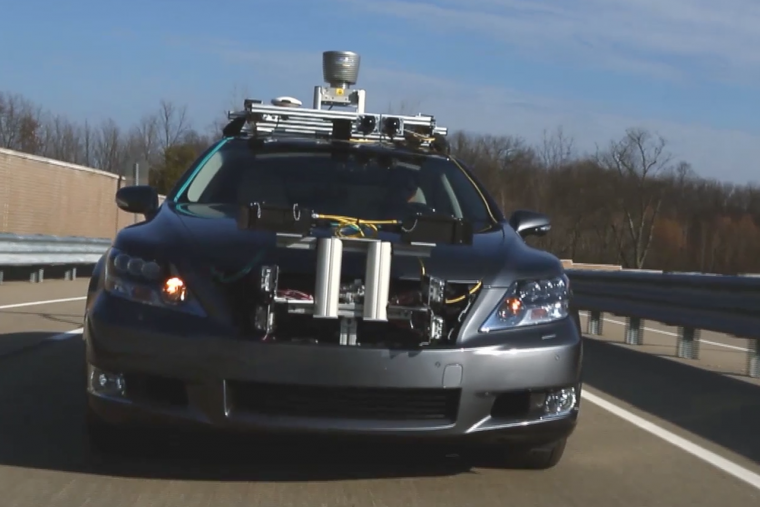 The push toward autonomous driving technology goes ever on. The latest development is the news that Toyota, along with its group company DENSO, will acquire an 86% share in Fujitsu Ten by the end of the current fiscal year on March 31, 2017.

Already known for manufacturing audio, video, navigation, and control systems for automobiles, Fujitsu Ten is also one of the world’s leading developers of millimeter wave radar, a technology that stands to play a major role in the future of self-driving cars.

Current autonomous driving technology is still largely reliant on old-style radar and cameras that provide limited vision for the car. You may have also seen experimental vehicles with the rotating radar on top of the roof—those provide good vision, but are clearly unideal, unless we expect every car in the future to look as though it’s trying too hard to be a small helicopter.

Toyota News: All Toyota cars to have Automatic Emergency Braking in 2017

As it stands now, autonomous vehicles are always compromised in some way. They can have long-range tunnel vision or wide-angled shortsightedness, or they can have an inconvenient protrusion on top of the roof.

That’s where Fujitsu Ten comes in. Autonomous vehicles need sensors with high depth perception whose vision isn’t muddled by rain, the sun, or even big white trucks—as we saw in a recent Tesla Autopilot incident. Those sensors don’t exist yet, but that’s what Toyota’s new $1 billion R&D center is likely hard at work on developing. Given its experience, Fujitsu Ten is the perfect company to then take the science and apply it to real life.