Trump Rolls Back Flood-Resistant Infrastructure Rule Ahead of Hurricane Harvey

Here’s something that can be filed under the heading “Dark and ironic timing.”

Ten days before Hurricane Harvey began ravaging the Gulf Coast with flooding, President Trump removed a regulation proposed by the Obama administration which said that any infrastructure (meaning roads, bridges, etc) or building made using federal money would be required to be better able to withstand record-setting floods. 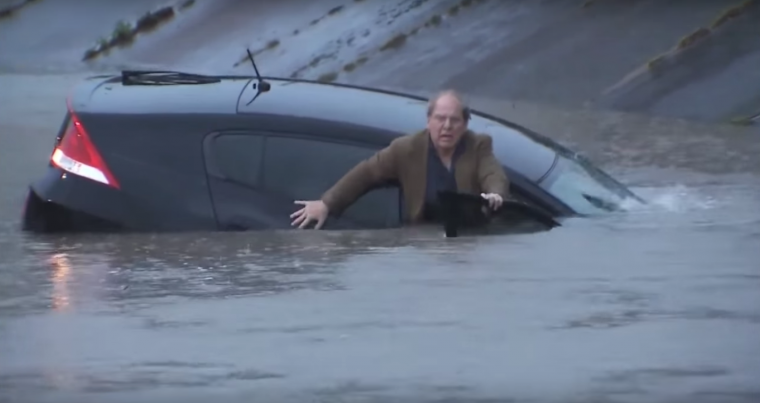 Quick note: the year determinations are based on probability, and get very technical, so here’s a quick and dirty definition: a 100-year flood is a flood that has a 1% chance of happening during any given year, so is almost certain to happen at least once in a 100 years (although actually, it’s pretty likely that there will be more than one during that period). Similarly, the 500-year flood is one that has a 0.2% chance of happening in a given year, so is highly likely to happen at least once in 500 years. These are calculated by measuring water flow rates in an area over time, and are generally used in flood insurance rates.

Like a number of regulations proposed by the Obama administration only to be struck down by the Trump administration, the Federal Flood Risk Management Standard was not yet fully in effect. The rules, however, were expected to cause a “cascading effect” that would move local and state governments to adopt similar policies, particularly in flood-prone areas.

The rescinding of the rule was met with harsh criticism from groups like the American Society of Civil Engineers, whose Managing Director of Government Relations Brian Pallasch said, “So it’s really frustrating to see an administration rescind rules that we know over the longer term is actually going to save taxpayer money. It makes no sense for us to continue to dip into federal taxpayer pockets to pay for infrastructure and rebuild infrastructure over and over again.”

When asked about rescinding the order, the administration told Newsweek that the order made “little room or flexibility for designers to exercise professional judgment or incorporate the particular context of the project setting,” and later added that it was created, “without sufficient analysis as to the economic impacts associated with its ultimate implementation.”