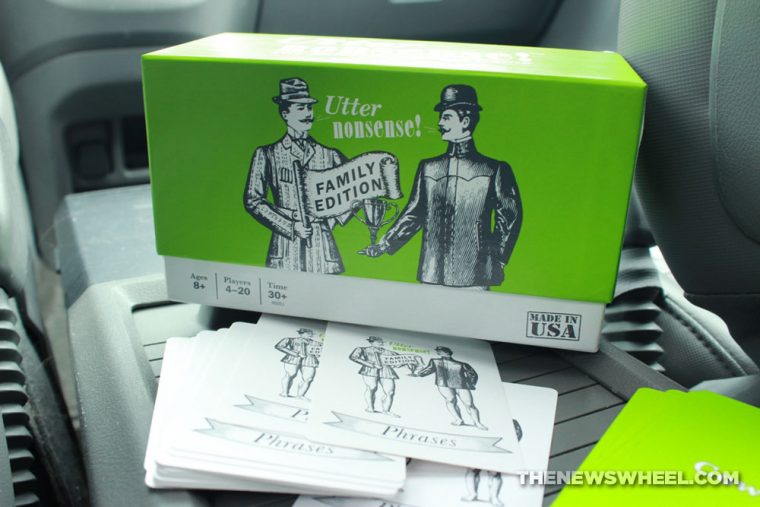 With spring on the way, you’re bound to be spending a lot of time with your family or friends in the car on road trips. We at The News Wheel have been busy travelling to and from auto shows. Today’s passengers spend their time on the road with their faces mesmerized by their smartphones, watching movies and playing games. While that’s well and good (we all need a breather from those we’re stuck with), it misses the opportunity make memories and have fun together during your travels. Thus, it’s important to bring a game along you can play in the car.

If you’re looking for a fun party game to play with your family or adult friends on road trips, consider Utter Nonsense! Here’s how the game works and why it makes a great activity to play in the car.

Looking for Other Adult-Oriented Games to Play on Road Trips? These are our favorites! 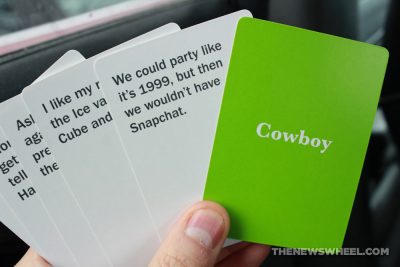 You’ll need at least four participants to play Utter Nonsense!, and a maximum of 20 (we’ve found that around 10-12 is ideal). Deal seven white cards to every player to form their hand.

One player starts as the initial “Nonsense Judge,” who draws a colored card (green if Family Edition; yellow if Naughty Edition) and announces what the accent/character for the round will be, based on the card that was drawn. Beginning with the player to the left of the judge, each participant will choose a white phrase card from their hand and read it aloud in the prescribed persona (doing their most charismatic portrayal even if they’re no good at making accents).

After all players have performed their lines, the judge picks one person whose phrase and delivery were funniest and deems them the winner, receiving the accent card as a score indicator. That winner becomes the next judge. Players each draw a replacement card for the one they played (except the judge), and the next round is played.

After one of the participants has won five rounds, that person wins the game. 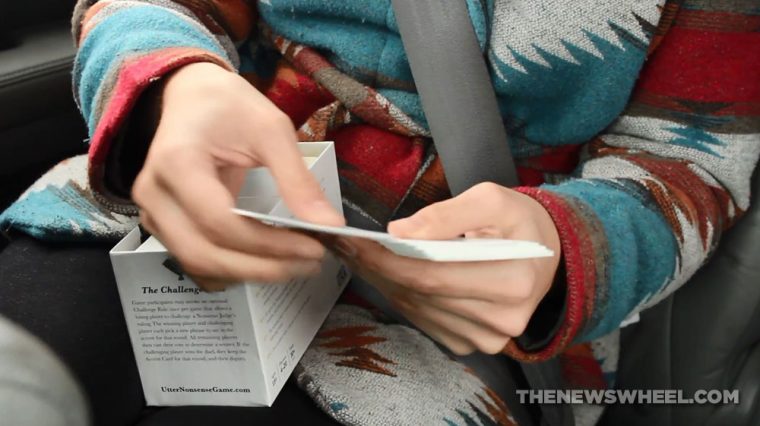 Utter Nonsense! Family Edition and Naughty Edition each come with 50 accent cards and 450 phrase cards for a total of 500 cards. While not all of them are gems, that’s still a generous amount for the price and allowed the game to be played many times before running out of phrase cards, let alone having the same accent/phrase combination. And even still, it’s all about the performance.

The cards themselves are standard thickness, size, and typographic design as other party games like this. They’ll hold up during repeated plays, but the cost of the game contributes to amount of cards verses design or quality. The box design, though, has some fun artwork and flavor text on it. 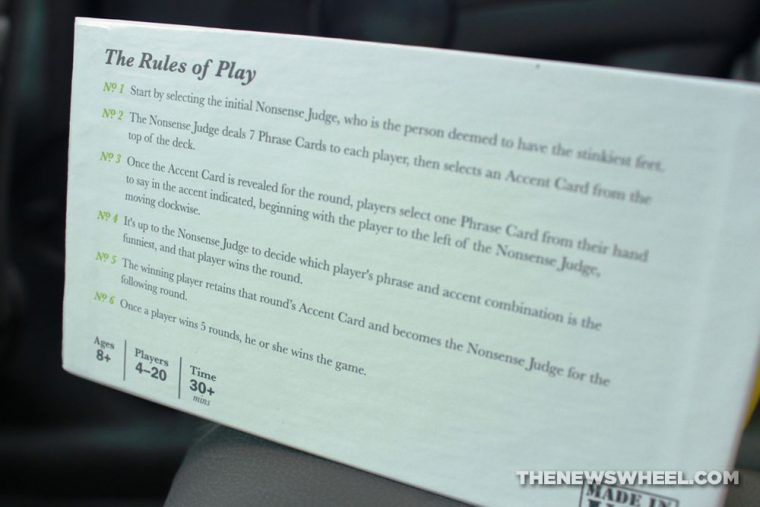 Utter Nonsense! isn’t a difficult game to learn or teach; if you’ve played Apples to Apples, Cards Against Humanity, or other similarly-structured “pick the funniest card from those played” games, Utter Nonsense! won’t take more than a minute to teach. If you do need a refresher, the instructions are conveniently printed on the side of the box (which is particularly useful when travelling in the car). 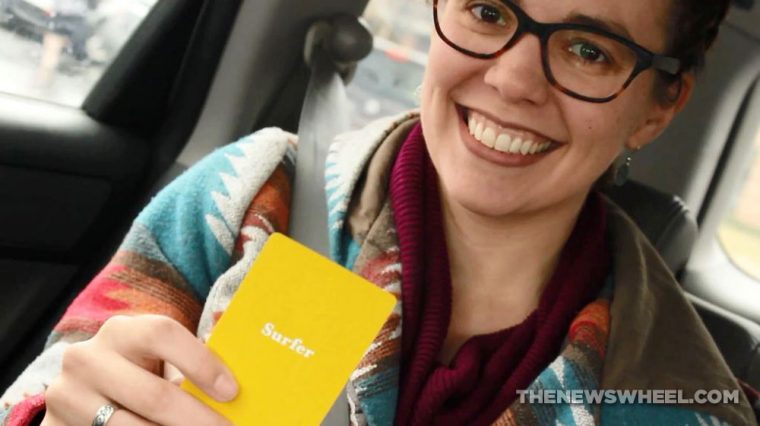 There aren’t a whole lot of card games you can play in the car, especially ones in which the driver can enjoy, too. Because Utter Nonsense! is a portable, performance party game rather than a tabletop card game, it was perfect for passing the time in the car. It didn’t take much concentration or any preparation to participate, and we could play as much as we wanted. We found that Utter Nonsense! is an effective way of getting a group of people to feel comfortable around each other (if they’re willing to), so it could also make a great ice-breaker activity in the workplace. It’s also a lot of fun while having some adult drinks—though I don’t recommend combining that with driving or meeting in the office. 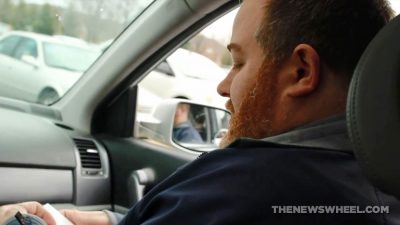 I would recommend buying both editions and combining them (if you’re comfortable with that) to have more phrase and accent cards available (though some of the accents are duplicated in both editions). That will give you the most variety in your play long-term if you enjoy Utter Nonsense!

Your enjoyment of Utter Nonsense! will depend heavily on the participants in your group: if they’re willing to throw dignity to the wind and embrace the game’s necessary wackiness, it’ll be a blast. Otherwise, if they’re too self-conscious to perform with enthusiasm (or easily offended by stereotypes), the result will be awkward. Because of that reliance on willing participation, not every game you play will be a winner, but with the right people, it’s a hoot.

And no, you don’t have to ride in a Hyundai Accent to play it.

Utter Nonsense! Family Edition and Naughty Edition can be purchased at Target, Amazon,

Product provided for review by manufacturer