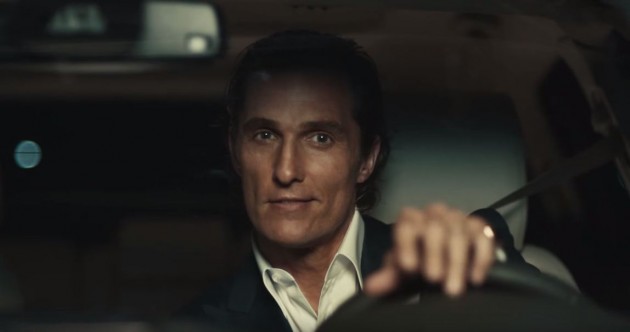 You’ve waited with baited breath. You’ve wondered if the final product could live up to the hype. You’ve pondered just how many relentlessly unfunny attempts at parody will stem from it. Today, you wait no longer. Matthew McConaughey is back, and this time, he’s got “The Winning Hand.”

Lincoln’s Latest: See what makes the 2016 MKX so desirable

Lincoln’s Oscar-winning pitchman returns for a series of all-new commercials for the all-new 2016 Lincoln MKX. This time around, our suave and heroic space cadet is being directed by acclaimed filmmaker Gus Van Sant, best known for films such as Good Will Hunting, Finding Forrester, 1998’s (totally superfluous) shot-for-shot remake of Psycho, and 2008 Academy Award-nominee Milk.

In all, McConaughey stars in three commercials this time out—“Winning Hand,” “Welcome,” and “Arrival.” The former-most commercial is spun out of a 2:45 short film of the same name whose narrative centers around McConaughey driving to a poker game where he meets three unique individuals.

You can tell right away that “The Winning Hand” and its ilk are a different breed from the commercials lensed by Nicolas Winding Refn, if only because the music of Cliff Martinez is absent. Here, it’s replaced by a slow jazz crawl, which suits Van Sant’s style a bit better and wraps itself well into the story.

There are a lot of things that happen here: some driving, some card-playing, a few close-ups of the 2016 Lincoln MKX’s key tech features (including the 360-degree camera). One thing we do not get is the token McConaughey ramble, as our hero stays completely taciturn in each and every spot. We do, however, get a brand-new finger gesture that comedians will probably be less likely to emulate.

The talking is left up to three supporting characters introduced in “The Winning Hand,” each of whom stars in their own commercial—“The Collector,” “The Athlete,” and “The Music Lover.”

It’s hard to say that these commercials will generate the same buzz as their predecessors, but it’s certainly interesting to see Lincoln capture another big-name director for another series of stylish ads.

Making a Nightcall? Useful tips for driving safely at night