BMW Stormtrooper: This IS the Drive You’re Looking For! [Gallery] 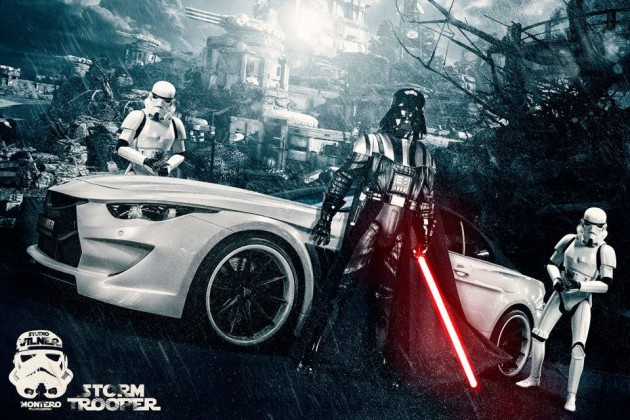 Our entire staff of professional writers can’t even begin to describe how badass this picture is.
Photo: Vilner

“Now, young Skywalker, you… will… drive!”

Bulgarian tuning company Vilner has combined two things we love: hot cars and Star Wars! We want to tell you all about it, but we’ll try not to overwhelm you with too many one-liners in the process.

(sorry, we couldn’t help it)

The following images may look too awesome to be true, but believe us–it’s not a trap!

We sense great excitement in you already.

Witness the Power of this Armed and Full Operational BMW Stormtrooper 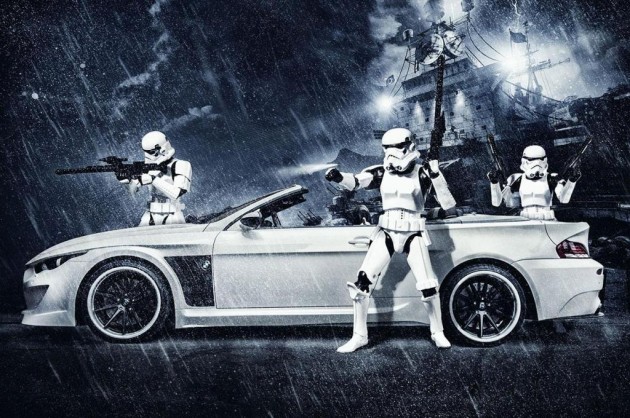 Vilner has a habit of making nice sports cars look even cooler, and this time, they’ve outdone themselves.

What started as drool-inducing concept sketches has become full-fledged automotive homage to one of the greatest franchises ever one year before its theatrical revival.

“With its sparkling white color and with power hidden in its forms, the car is reminiscent of the Imperial Army troops of Darth Vader,” proclaimed Vilner’s promoters. “Unlike the numerous army of Lord Vader, BMW Stormtrooper by Vilner is unique and one-of-a-kind, a single-piece project.”

Under the hood of the BMW Stormtrooper remains a relatively unchanged 5.0-liter V8 S85 engine producing 500 horsepower and 383 lb-ft of torque.

But, that’s just the outside. The inside was completely redone with Nappa leather and brown Alcantara with carbon-trimmed details.

If this is the path to the dark side, lead the way!

With the armed and fully operational BMW ready to roll, maybe now the Stormtroopers can take Darth Vader back to Disney World. He does need to get out more…

If you’re interested in owning a BMW Stormtrooper, better collect your battalion of troops and start a raid: a promise of no more than 10 cars to undergo this process has been made, and an Austrian owner is already driving the first one through the Swiss Alps. 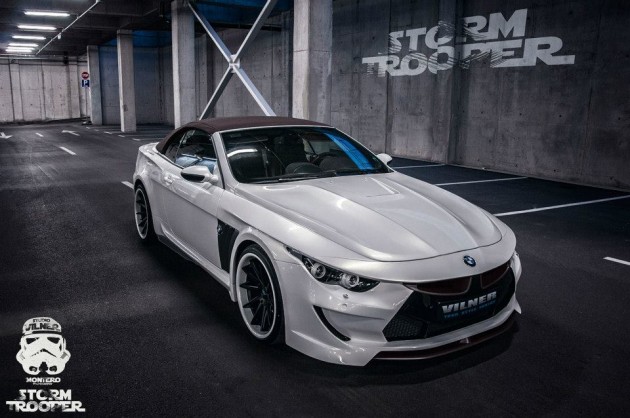 Check out the gallery of the awe-inducing interior and exterior of the BMW Stormtrooper.