Volkswagen Beetle Celebrates 65 Years in the US 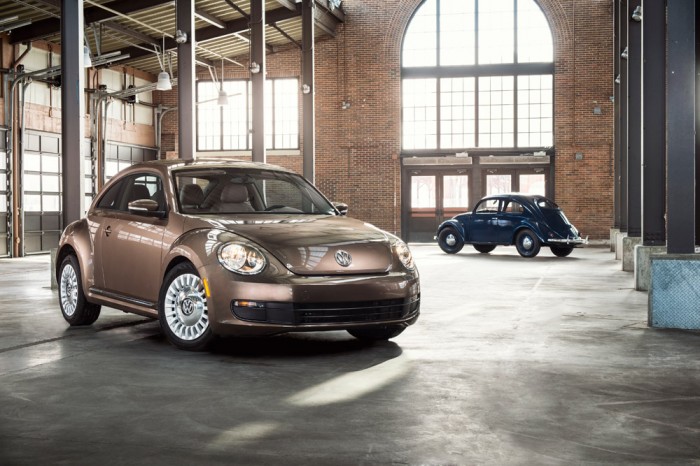 It’s possibly the one vehicle that has been around for more than 50 years and is just as easily recognized today as it was when it was first introduced.  The Volkswagen Beetle first landed on American shores in January of 1949, and now, 65 years later, the German icon is celebrating the cultural milestone.

“Since its arrival in the United States 65 years ago, the Volkswagen Beetle has preserved its reputation of being more than just a car, but a symbol of uniqueness and freedom,” said Michael Horn, President and CEO of Volkswagen Group of America, in a press release. “The Beetle has become part of the cultural fabric in America and we are proud that its rich heritage continues to live with fans around the States.”

The Beetle was initially only offered in two models, but today, Volkswagen offers 11 different Beetle models that are sold by 644 dealerships nationwide.  Today, Volkswagen has sold more than 5.5 million Beetles in the US alone, and the sporty compact has only been redesigned three times in its six and a half decade-long run.

Can you think of a more culturally-significant and enduring model than the Volkswagen Beetle?