[Photos] When Was the First Traffic Light Installed?

From gas lamps to modern signals, here is a complete history of our beloved traffic lights

When was the First Traffic Light Installed?

If you’ve been on the internet today, you’ve undoubtedly noticed the latest Google Doodle. Developed by Nate Swinehart, it features a line of old-timey cars race along the road as a traffic signal glows green. However, when a nearby traffic signal turns red, the cars stop in place. 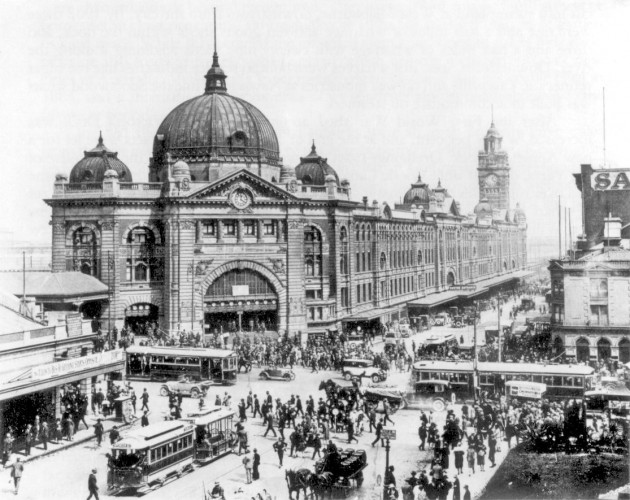 A busy city intersection in the early 20th Century

During the early years of the twentieth century, city intersections were filled with a myriad of assembled travelers. Horse-drawn wagons still dominated the streets. However, newly developed cars were catching up in numbers. In 1914, Ford was selling an average of over 20,000 cars a month. With such a diverse and complicated traffic system developing, something needed to be implemented to establish order. 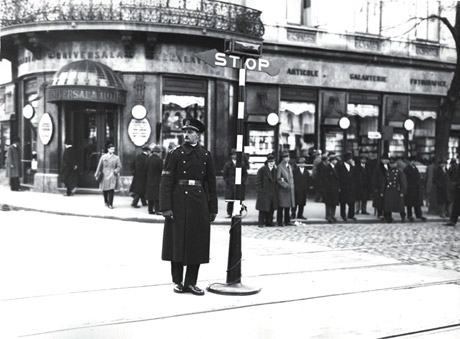 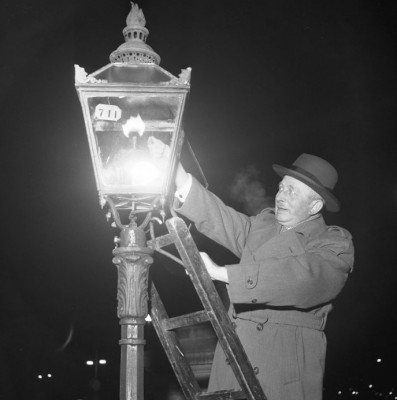 It’s in London, so of course it’s going to use gaslights

The answer to the traffic situation was developed by a Salt Lake City Police Officer named Lester Wire. In 1912, he developed the first electric traffic light. However, Wire never secured a patent nor implemented the device.

Two years later, James Hoge–a Cleveland resident–developed a system similar to Wire’s. The system relied on an operator in a booth near the intersection activating a switch that would either illuminate a red or green light. 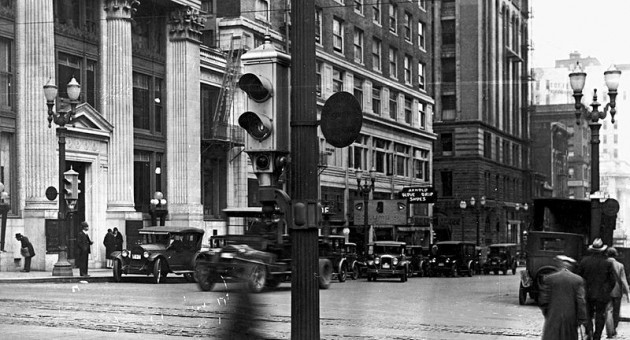 Upgrades were added a few years down the line. In 1920, William Potts–a Detroit policeman–introduced the yellow light. Nevertheless, the original electric traffic signal that was installed on a busy Cleveland intersection helped pave the way to the modern automobile age and the traffic system we know today. 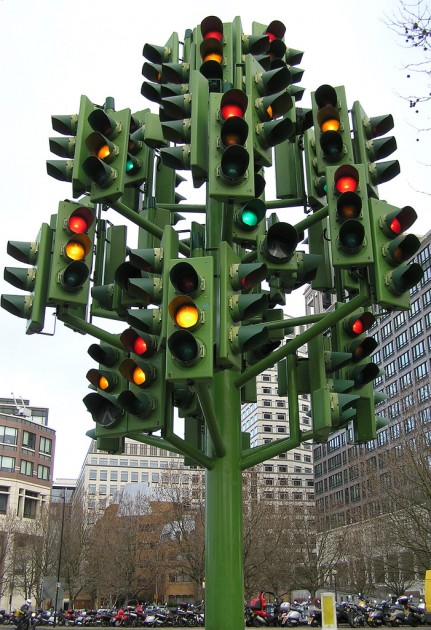 Ever wonder how traffic lights work? Mechanical controllers for traffic lights were eventually replaced by electronic modules, but let’s take a look at this video from what must be the early 80’s (judging by our host’s shirt-to-chest hair ratio) to see the guts of a mechanical traffic light: