Why Do Women Models Pose Beside Cars at Auto Shows? 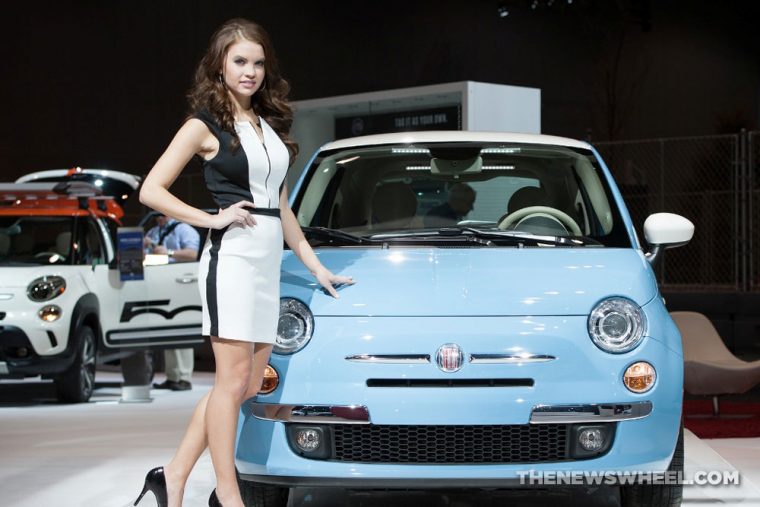 Should women be hired to pose next to new cars on display?

It’s auto show season, and that means cities across the country–and across the globe–will be hosting conventions where automakers will be parading their finest vehicular wares. Alongside some of those cars on the platforms will be elegantly-dressed women showing off the vehicles like models on a game show showcasing the prizes.

While this tradition at car shows isn’t as common as it once was, you’re still likely to see a model walking the platform, directing your eyes to a new sports car. Because of that, you might wonder where this tradition of women posing beside cars came from.

Speaking of New Models… Have you seen the new Hyundai all-electric vehicle? 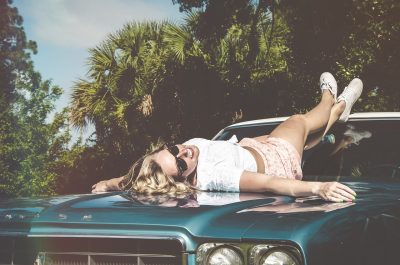 In the earlier days of pictorial advertising, in which full-page magazine or newspaper spreads would draw people’s attention, car ads would feature people. Women were typically conservatively dressed–as per the times–and often joined by a man or a family. It comes as no surprise then that women started appearing at glamorous car shows promoting the latest vehicles to–what was at the time–largely male consumers.

As the levels of conservatism waned in society, so did the modesty that was allowed in ads and at car shows. Outfits became more revealing, as companies followed the “sex sells” mantra.

However, automakers knew that there was more to having a female body promote a car at an auto show than simply being eye candy (as opposed to print or video ads). Cars with models next to them are more likely to draw a crowd–both by instinctual allure and simply by the presence of another human being–and crowds are good for automakers who want buzz around their newest vehicles. Hiring a model increases the chances that people would take and share photographs of that product.

Just as in pictures, people are drawn to eyes/faces rather than machines, and an automaker’s top priority at an auto show is to get attendees to notice the cars. The presence of people make for better pictures and more appealing advertisements.

But does the use of female models at car shows have adverse effects, and what should be done about it? [READ OUR OPINION PIECE]

Having Problems with Your Car? These FAQs about car service might give you a much-needed answer