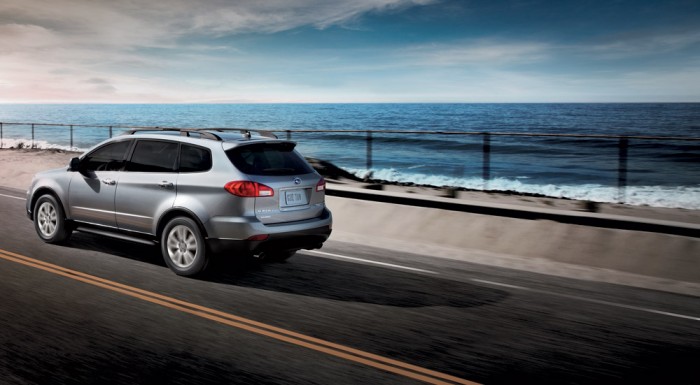 As the Subaru Tribeca enters its last year of production in 2014, brand enthusiasts will not be disappointed by the Tribeca’s final installment. The sport-infused midsize crossover SUV delivers the distinct Subaru styling that fans have grown to love, and standard 18-inch wheels add an athletic stance that Subaru lovers may not be familiar with.

There is only one engine available to power the 2014 Subaru Tribeca, and it is a versatile 3.6-liter DOHC V6 that generates 256 horsepower and 247 lb-ft of torque. The sole V6 is mated to a 5-speed adaptive electronic automatic transmission with manual shift control.

Tribeca on the move

The Tribeca will likely replaced between 2016 and 2020

Tribeca in the wild

The interior of the 2014 Subaru Tribeca is well-equipped with premium materials to ensure the whole family is comfortable, but what is most impressive is the Tribeca’s list of available advanced features to keep them entertained, including a premium audio system with SiriusXM radio, a rear-seat DVD entertainment system, Bluetooth, and touchscreen navigation.