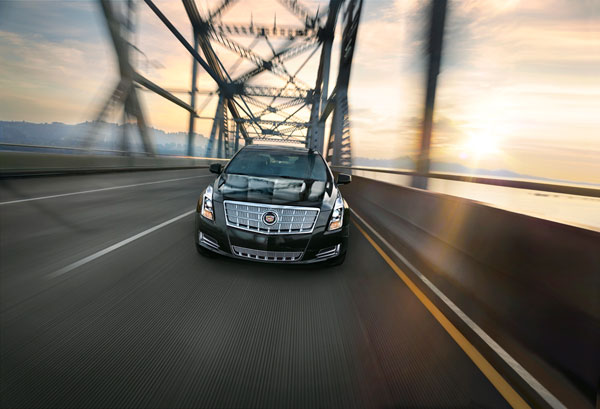 The XTS gets standard 4G LTE connectivity with a Wi-Fi hotspot. It also gets a handful of new available features, such as a 22-way power front seat, lane-keep assist, power-folding mirrors, and more.

The exterior of the XTS is a perfect example of Cadillac’s Art & Science design language with swooping lines across the sides and an upright front and rear end.

For 2015, the XTS comes with the choice of two engines: a 3.6-liter V6 rated at 304 horsepower and a twin-turbo 3.6-liter V6 that makes 410 horsepower. GM says the turbocharged V6 is one of the most power-dense six-cylinder engines every made. This lets the engine take full advantage of its 369 lb-ft of torque.

The standard V6 will get you to 60 mph in 6.8 seconds and has a top speed of 136 mph. It offers a smooth and predictable driving experience and is mated to a six-speed automatic transmission.

This is where the XTS really shines. It is one of the most comfortable luxury sedans and is filled with the latest and greatest in-car technology. The interior features a delightful combination of upscale materials, including fine wood, metallic trims, and upholstery all coming together with a great feel of fit and finish.

On the technology side, you’ll find an eight-inch touchscreen that is used to control many of the XTS’s functions. This gives the center console a smooth and clean look.

If you add the Driver Awareness package, this will give you lane departure warning, forward collision alert, side blind zone alert, rear cross traffic alert, and a safety alert aeat that vibrates to help alert you to potential road hazards.