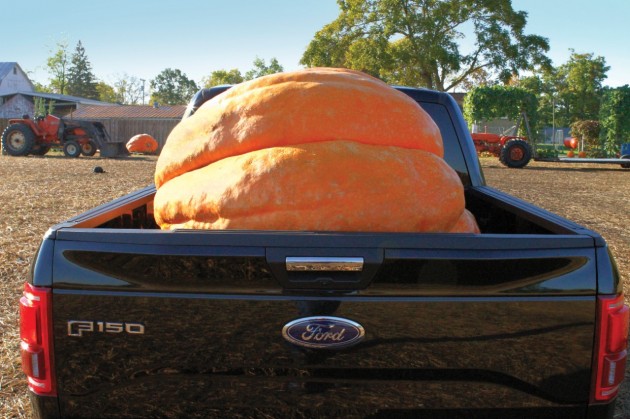 In order to celebrate both, Ford has released the following video of a giant pumpkin, grown by Michigan’s own John Harnica, being hauled capably by the new F-150.

Just to be clear, when we say giant pumpkin, we’re not talking about the largest pumpkin that you can find at your farmer’s market. Nope, John Harnica grows literal giant pumpkins, and the one in this particular video weighs a whopping 1,200 lbs.

The pumpkin, which the 2015 F-150 handles with all the deftness of a five-year-old holding onto his Halloween bag, stacks up at 4 feet long, 5 feet wide, and 3 feet tall (which is approximately how big your kid is going to feel if you don’t stop her from gorging on Halloween candy after Trick or Treat). The F-150 is capable of hauling up to 3,300 pounds, so it’s not much of a task for the truck to pick a particularly prodigious pun’kin.

So how easy is it to grow a pumpkin of such inconceivable size? According to John Harnica, it’s relatively simple.

“To grow a giant pumpkin, it takes a special seed, a lot of hard work, knowledge, and a lot of luck and help from Mother Nature,” Harnica said.

If it’s so easy to grow a 1,200 lb pumpkin, then why is it that we can’t get our rutabaga garden off the ground? 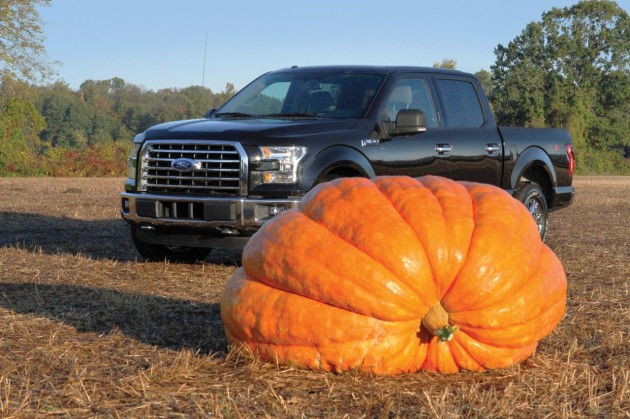 “When you have a giant pumpkin, you need a capable truck,” adds Harnica. “Transporting giant pumpkins down the road is one of the biggest high points for you. Tons of people just pull up alongside and take pictures, give the thumbs up, smile as they go by. It brings a lot of happiness to a lot of people.”

Just as, we’re quite sure, the 2015 F-150 is going to end up making a lot of those big kids happy when it arrives later this year. 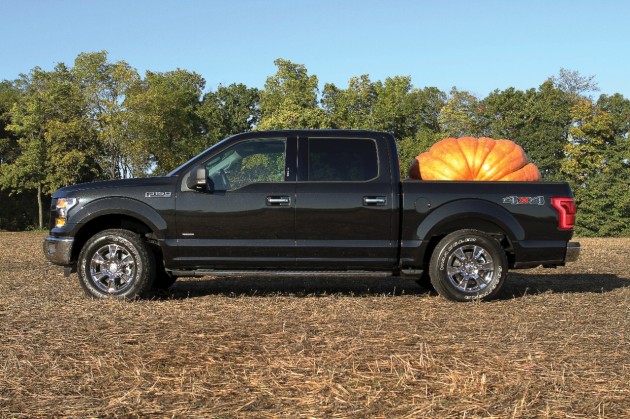