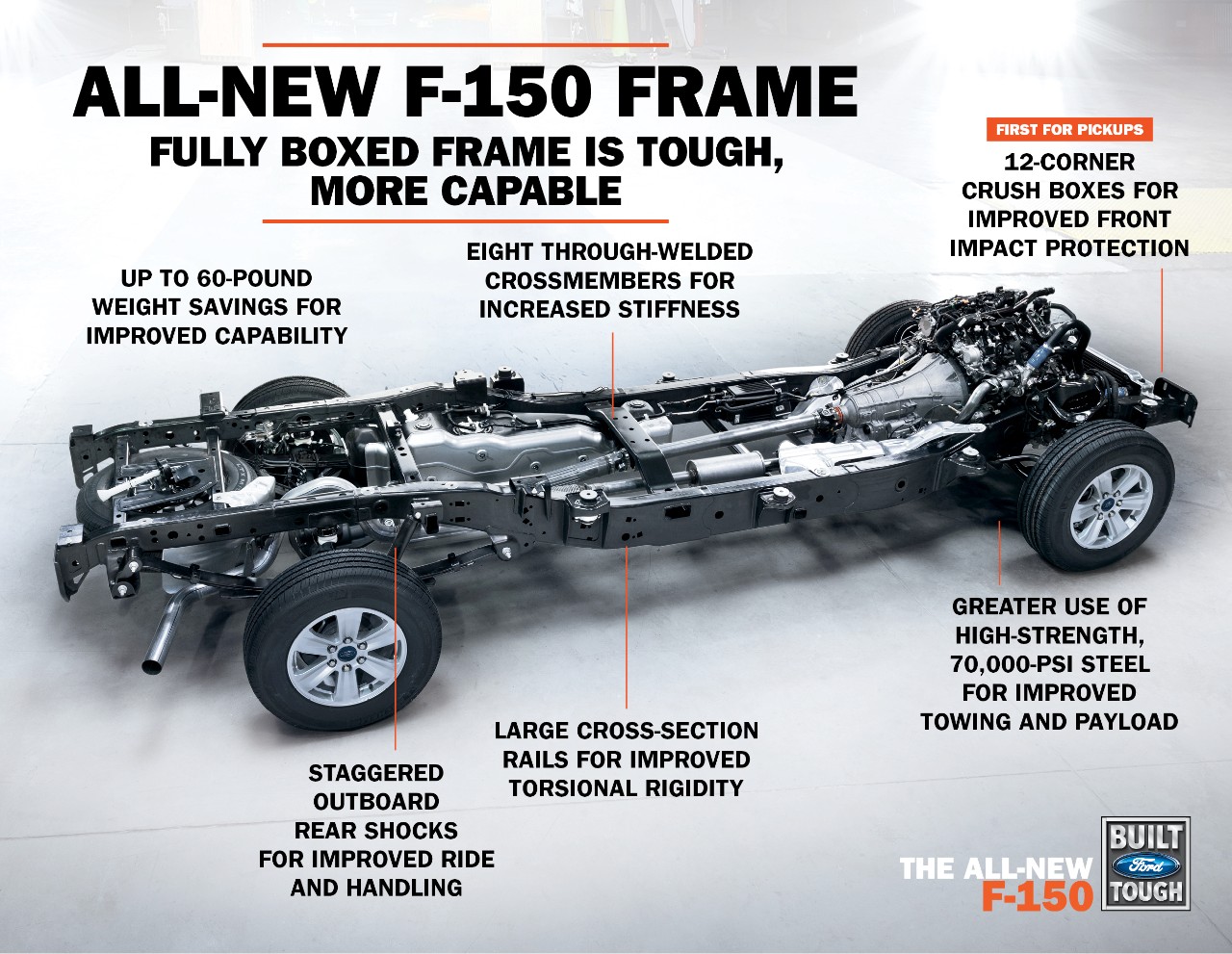 The 2015 Ford F-150, which made its long-awaited debut this morning at the 2014 North American International Auto Show (NAIAS), is already being hailed as the smartest F-150 ever built due to a number of features never previously offered in a pickup. It is also being touted as one of the most versatile, powerful, and efficient trucks ever built with the announcement of an all-new 2.7-liter EcoBoost engine.

Significantly contributing to the efficiency and safety of the 2015 Ford F-150 will be the use of high-strength steel and high-strength aluminum alloys; F-150 frame design—which is unique in the industry for its use of materials—will make the 2015 model the most tough and fuel-efficient in its history. (Note to other truck manufacturers: when the automaker whose truck has reigned as the best-selling vehicle in America for the last 32 years starts throwing around that superlative so freely, you may want to proceed with caution; a whooping is likely in store.)

The 2015 F-150 will be built about the boxed frame that Ford drivers have come to know and love. From there, Ford engineers increased the use of high-strength steel to encompass 77 percent of the frame (up from 23 percent in previous models) to ensure durability and safety while effectively cutting a great deal of weight. The result: an F-150 frame that is about 60 pounds lighter than that found in the 2014 model.

“The frame is the backbone of the truck, and we delivered a frame that is stronger and more capable than before,” said John Caris, F-150 lead frame engineer, in Ford’s statement. “Our frame team developed exclusive, industry-first engineering techniques to create a truck foundation that is lighter without sacrificing toughness. This F-150 frame is the toughest we have ever built.”

In addition to saving weight, the presence of high-strength aluminum alloys improve dent and ding resistance, leading to a truck that looks better over the long haul.  The military-grade alloys end up cutting 700 pounds from the vehicle, allowing for better towing and hauling, greater fuel efficiency, and better performance. 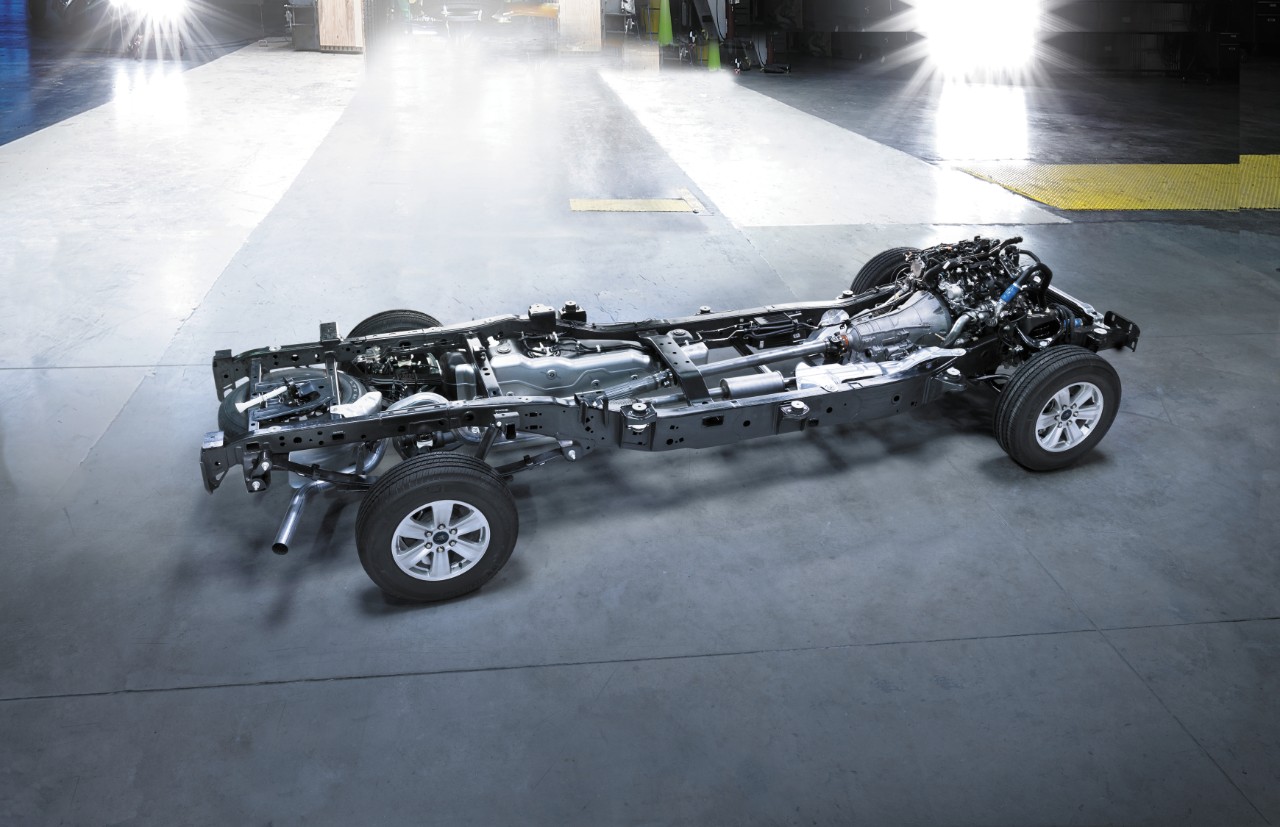 To ensure that the 2015 Ford F-150 frame would hold up to its namesake, Ford’s engineers (masochists?) tested the new pickup to the tune of 10 million miles, making it the most tested F-150 in history. It endured salt and acid sprays to test for corrosion, temperatures ranging from twenty below zero to 120 degrees Fahrenheit (or, in other words, a week of Ohio weather), and the 2013 Baja 1000 truck race (where it participated in the guise of a 2014 F-150).

“F-150 is tested to extremes because truck buyers want the best equipment to do the toughest work and perform under the toughest conditions,” said Peter Frantzeskakis, Ford’s development manager. “Severe testing that goes beyond customer expectations and thorough analysis of those results is how Ford makes F-150 the No. 1 truck.”

And with an all-new, all-tough, light-weighted F-150 frame, it’s likely to continue that streak as America’s best truck for a 38th-straight year. Don’t say you weren’t warned, everyone else who makes trucks.