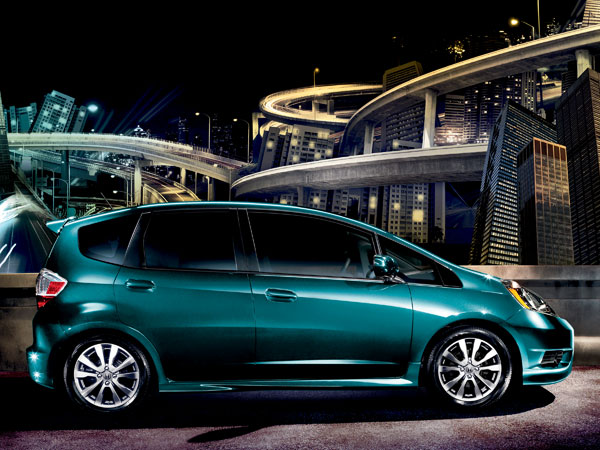 How will the 2015 Honda Fit be influenced by the current production model?

One of the consequences of making good products is the expectations that they set for the future. A really great film will gain respect and popularity for the filmmaker, but will also make it harder to produce a sequel that satisfies the audience.

The same could be said about the Honda Fit, every version of which has so far a near-perfect mix of space, sportiness, efficiency, and value. In recent years, it has become the standard by which other small hybrid cars are measured. It’s a hard act to follow, with the bar set high by Honda itself.

On the other hand, it is the mark of a truly great automaker to rise up and meet the challenge, and that’s where the 2015 Honda Fit comes in.

Honda has just released the first official images of the new model. It looks sportier and more refined, but has kept the tall greenhouse responsible for its renowned interior space and visibility. Honda is also promising higher-quality interior materials as well as the latest infotainment system and connectivity features. Under the hood will be a 1.5-liter, four-cylinder engine from Honda’s fuel-efficient Earth Dreams powertrain family.

The 2015 Fit will begin production next spring, and we’re eager to see what Honda has planned for us next.

Brought to you by Troy Honda located in Troy, Michigan.