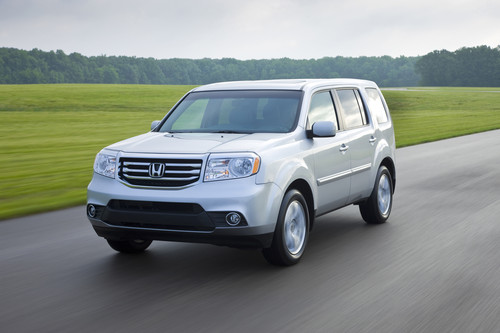 The Honda Pilot is mostly unchanged for 2015, but gets a new mid-priced Special Edition trim.

Despite being a crossover, the 2015 Honda Pilot seems to play the role of SUV with a boxy, brash, and muscular exterior design that makes it stand out among today’s rounder crossovers. If you’re into traditional shapes with extra chrome and machismo, this is no doubt one of the more interesting vehicle on the road.

The 2015 Honda Pilot is powered by a 3.5-liter SOHC i-VTEC V6 engine producing 250 horsepower via a 5-speed automatic transmission. Front- and all-wheel drive are both available, and should the latter be chosen, the Pilot comes with several features to boost the experience, including Variable Torque Management 4-Wheel Drive System, Hill Start Assist, and Grade Logic Control.

The 2015 Honda Pilot uses Variable Cylinder Management technology to deactivate cylinders when they are not needed during cruising speeds, helping it achieve 18 mpg city/25 mpg highway and 21 mpg combined for 2WD models according to 2015 EPA mileage ratings. The 4WD models get just 1 less mpg in all categories.

The exterior’s chunky, macho design is carried over to the 2015 Honda Pilot’s interior, most notably on the instrument panel. There may be a few too many hard plastics but the driver will soon forget about this when facing the numerous convenience features at his disposal, like Bluetooth, USB Audio Interface, and the Satellite-Linked Navigation System. The Pilot will also appeal to adults as one of the only vehicles of its size to offer an adequately spacious third row.

The 2015 Honda Pilot received the highest possible rating of “good” from the Insurance Institute for Highway Safety in all categories—including the important (for tall utility vehicles) roof-strength category. It comes standard with anti-lock brakes, electronic stability control, front-side and side-curtain airbags that cover all three rows, and a rearview camera.