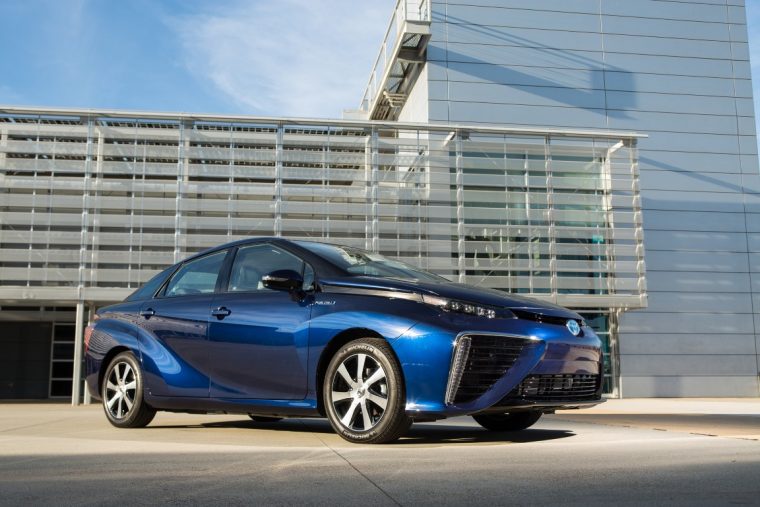 If you want to be part of an elite club of California drivers, the Mirai might be the vehicle for you. This hydrogen-powered sedan is available in limited quantities, and interested drivers are already being directed to a wait-list. Toyota wants the Mirai to become a trailblazer for other hydrogen-powered vehicles, and expects to increase production as and when refueling infrastructure becomes more widespread.

The 2016 Toyota Mirai is available in a single trim level. 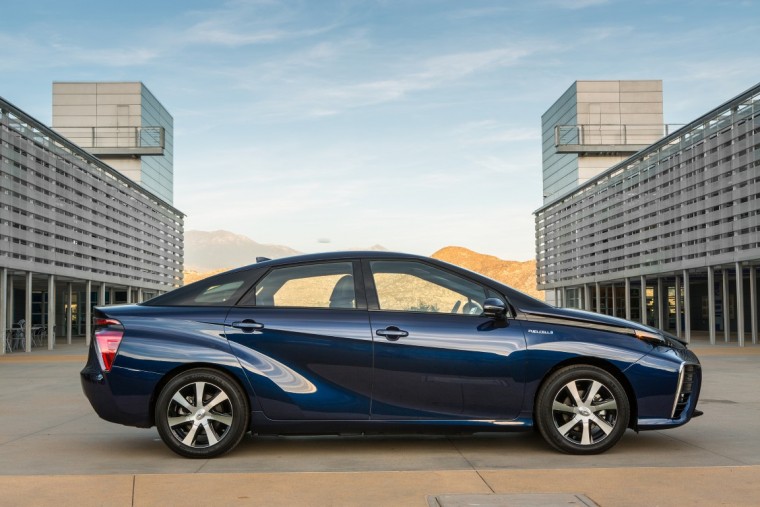 The 2016 Toyota Mirai is a completely new model and is the first mass-produced hydrogen-powered vehicle from the Japanese automaker. The Mirai is new from the inside out, and each car is hand-built by a team at Toyota’s Motomachi Plant in Toyota City, Japan. It’s currently sold in certain regions of California, as well as some European countries and Japan. Given the current lack of hydrogen refueling infrastructure, releasing the Mirai in other markets is not feasible at this time. 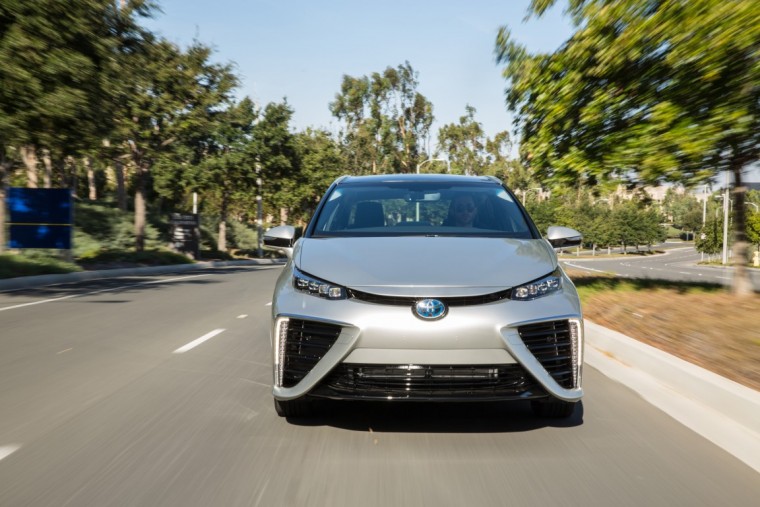 The 2016 Toyota Mirai is instantly recognizable from its uniquely styled exterior. It’s unmistakably a sedan, but its narrow headlight design and upper grille give it a menacing stance, while its triangular side grilles and wide lower grille dominate the front end. The Mirai has plenty of high-end features like LED headlamps and heated side mirrors without being too flashy. 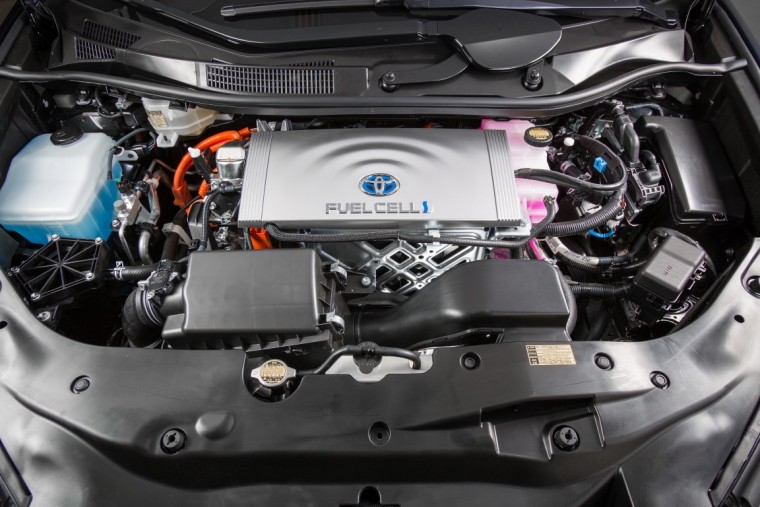 The Toyota Mirai is powered by a 151-hp electric motor with a peak torque of 248 lb-ft. This is paired to a solid polymer electrolyte fuel cell stack capable of an additional 153 hp, and a nickel-metal-hydride battery similar to the one in the Prius. According to Toyota, this allows the Mirai to travel from 0 to 60 in 9.0 seconds, which is impressive given the Mirai’s 4,080-pound weight. 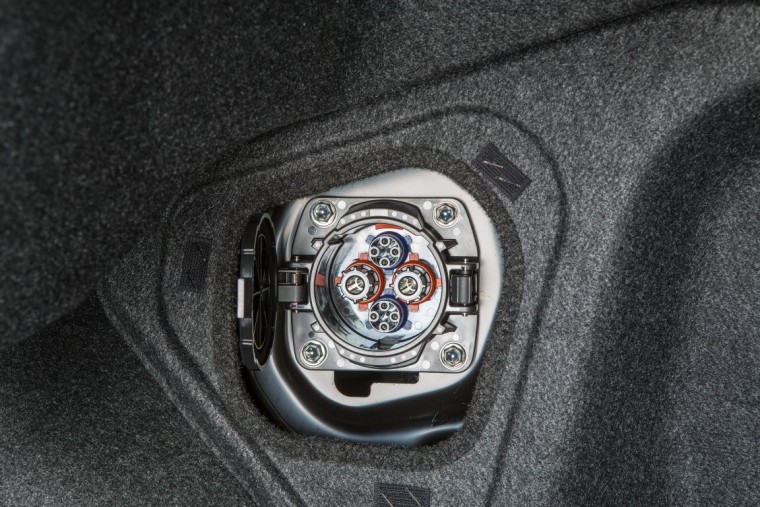 Efficiency is one of the main reasons to buy the Toyota Mirai. It has an EPA-estimated 312-mile range, and refuels in about five minutes—just a bit longer than a gasoline car but much quicker than your typical EV. The Mirai puts out zero emissions, and emits only water vapor from its tailpipe, making it a friend to the planet. The EPA puts the Mirai at 67MPGe. 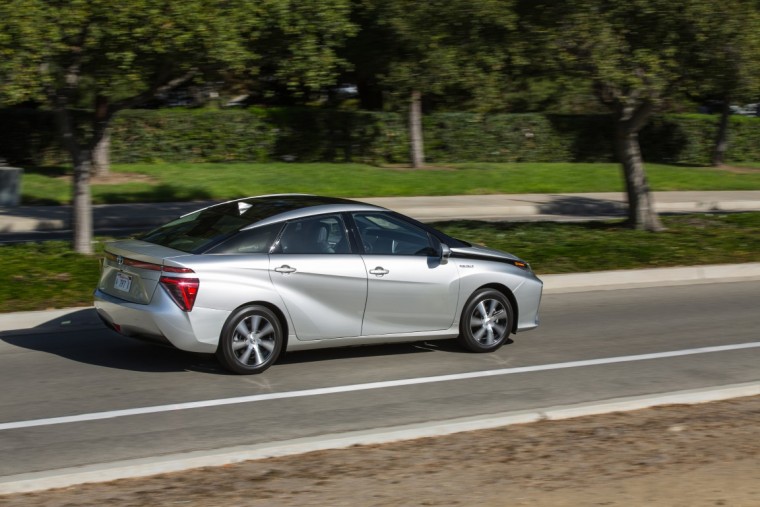 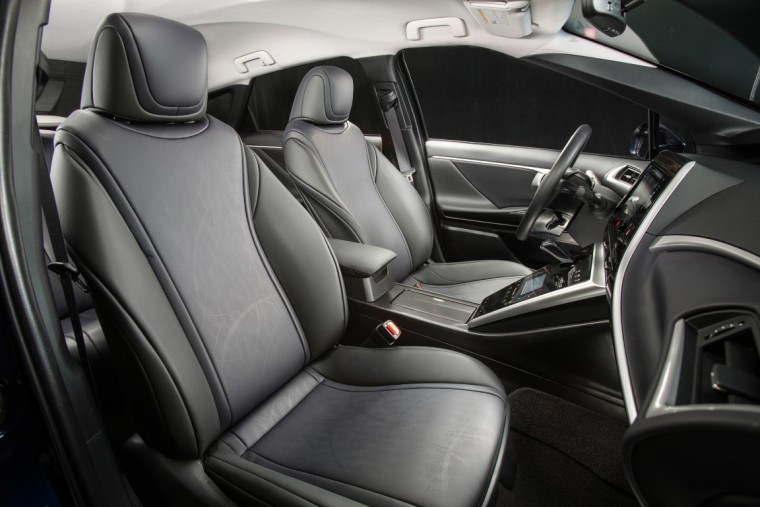 The 2016 Mirai is as luxurious on the inside as it is on the outside. It features leatherette seats, center-mounted primary gauges, and Toyota’s Entune system to keep you entertained while during your commute. A fixed rear center armrest means there’s only room for four adults in the Mirai. The trunk isn’t overly large but reportedly fits two golf bags comfortably. 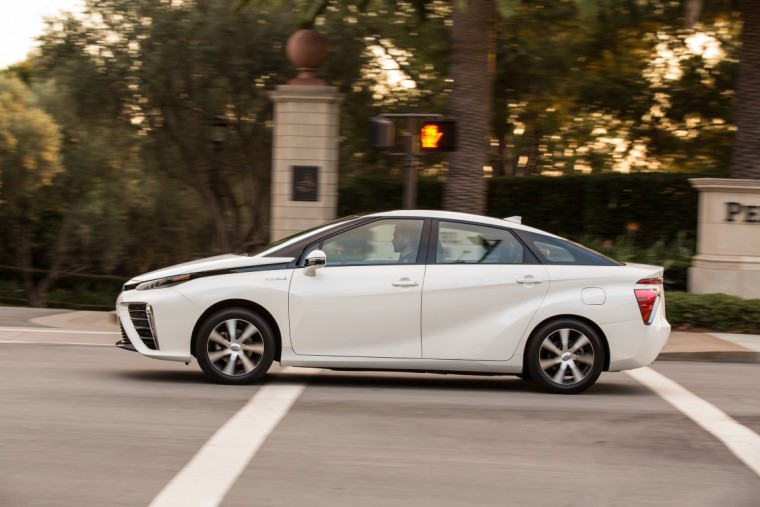 The Mirai comes equipped with the usual safety features—airbags, backup camera, theft immobilizer. But it also comes with a host of fuel-cell-related safety features like an Intelligent Hydrogen Monitoring System and an electronic hydrogen leak detection. The Mirai has yet to be tested for safety by either the IIHS or NHTSA, but has already been involved in its first (rather uneventful) accident and came out on top.