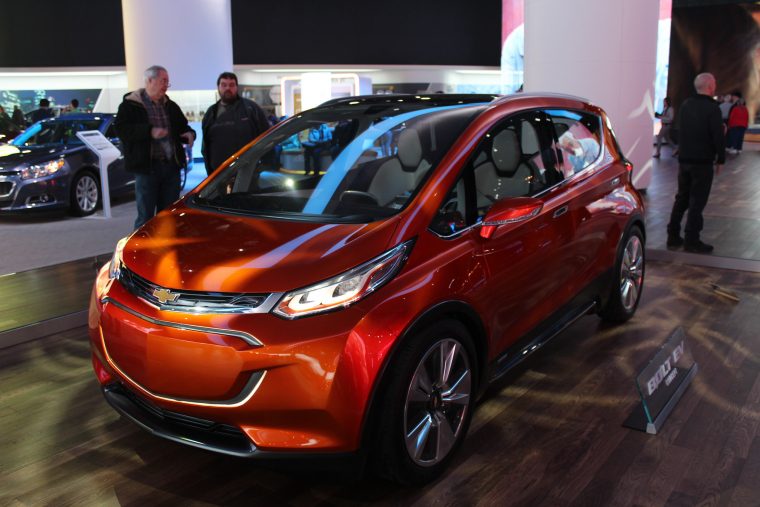 Today Chevrolet announced that it will reveal the 2017 Bolt EV on Wednesday, January 6th, at the International Consumer Electronics Show in Las Vegas. The production model will premiere almost exactly one year after the Bolt concept made its 2015 debut in Detroit.

Chevy’s four million Facebook fans will be able to watch a live video of tomorrow’s debut, as well as an “immersive 360-degree interior video experience,” through Facebook Live. This marks the first time than an automotive brand has worked with Facebook to debut a vehicle using the Facebook Live media platform.

The 2017 Chevy Bolt EV will provide over 200 miles of range at a price (after full federal tax credits) below $30,000. The 200-mile range is based on GM’s own estimates, but if accurate, would nearly double the range of the Nissan LEAF, and would far surpass the capability of Chevrolet’s own Spark EV.

“The Bolt EV truly embodies the ingenuity that is at the core of everything we do at Chevrolet,” said Alan Batey, president of GM North America and head of Global Chevrolet. “The technologies and the engineering expertise behind the Bolt EV are tremendous examples of the kind of innovation we intend to offer our customers, across an array of products at a tremendous value–something only Chevrolet can deliver.”

Chevrolet has not yet stated a scheduled time for the 2017 Chevy Bolt EV debut, but for those who want to watch, it will be streamed live on Facebook Live.