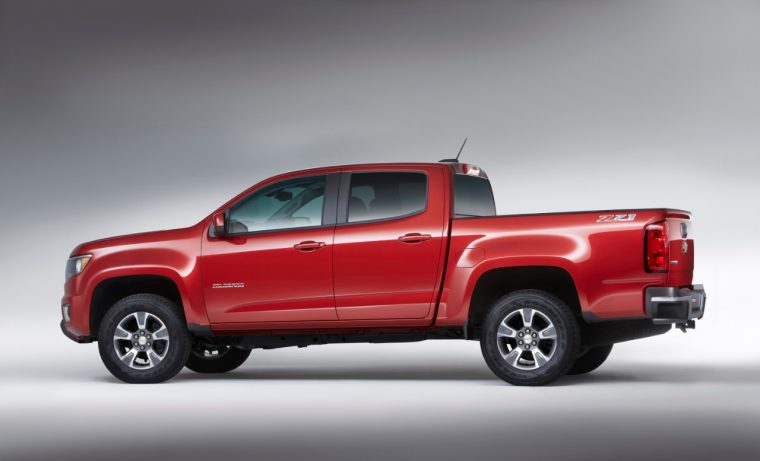 Today Chevrolet announced updates coming to the Colorado for the 2017 model year, including an all-new V6 engine and a class-exclusive eight-speed automatic transmission. It’s the most recent major update for the popular midsize pickup truck, which was first sold as a 2015 model.

According to Chevy, the new V6 and eight-speed automatic create a mix of performance and efficiency that is “unmatched in the midsize segment.”

“The Colorado is currently the most fuel-efficient pickup truck in America, with an EPA-estimated 31 mpg highway when equipped with the diesel engine,” said Stan Ludlow, the 2017 Colorado’s chief engineer. “As such, for the new V6 and eight-speed combination we focused on improving everyday driving performance. Drivers will immediately notice that it pulls harder when accelerating from a stop or passing on the highway; it is more confident pulling a trailer up a steep grade and it is more refined cruising at a constant highway speed.”

Though it retains the same 3.6-liter displacement as before, Chevrolet’s new second-generation double-overhead-cam engine architecture has been improved with a new suite of advanced technologies. Among the upgrades are improved direct injection, improved variable valve timing for intake and exhaust, and Active Fuel Management, which deactivates two cylinders under light throttle applications.

The updated 2017 models will hit dealerships in the fourth quarter of this year. Chevy is already on track to sell over 160,000 Colorados by the end of August, representing an impressive first 24 months on the market, and looks to improve on those numbers with the new Colorado.

“Customers made the Colorado an overnight success and it remains one of the industry’s hottest-selling products,” said Colorado engineer Anita Burke. “That fast success has justified our continued investment in midsize pickups, introducing new features for our customers such as the class-exclusive diesel engine, advanced technologies like Apple CarPlay and Android Auto and now a class-leading V-6 and eight-speed automatic powertrain combination.”